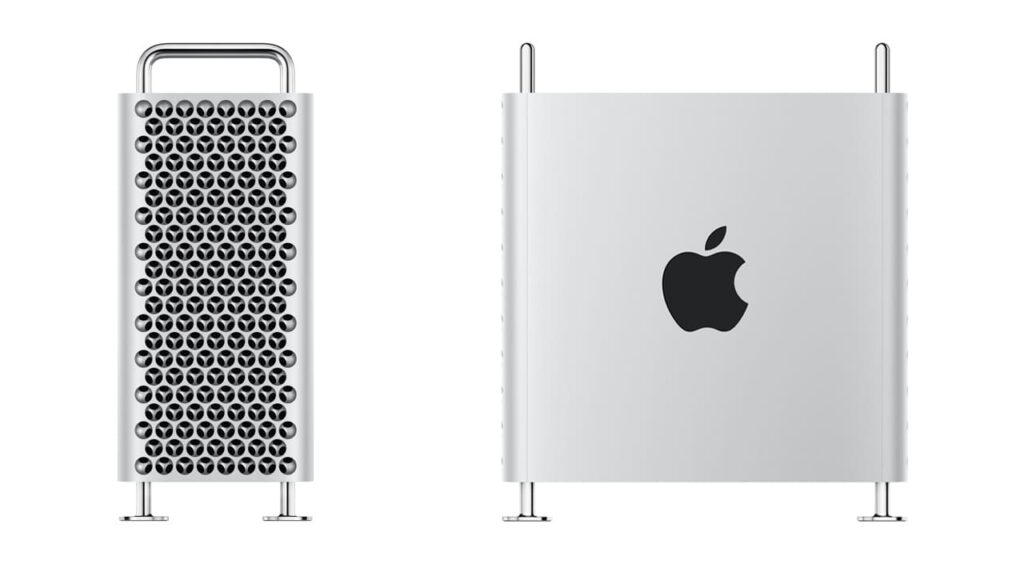 Apple is definitely dedicatedly focusing on Macs with its in-house silicon, but that doesn’t mean it’s ignoring Intel-based versions entirely. The Mac Pro has been updated with additional high-end GPU options that promise significant improvements for graphics- and compute-intensive applications.

As a show that Apple is committed to its new modular design, the company is adding more GPU options to the Mac Pro Expansion Module (MPX). 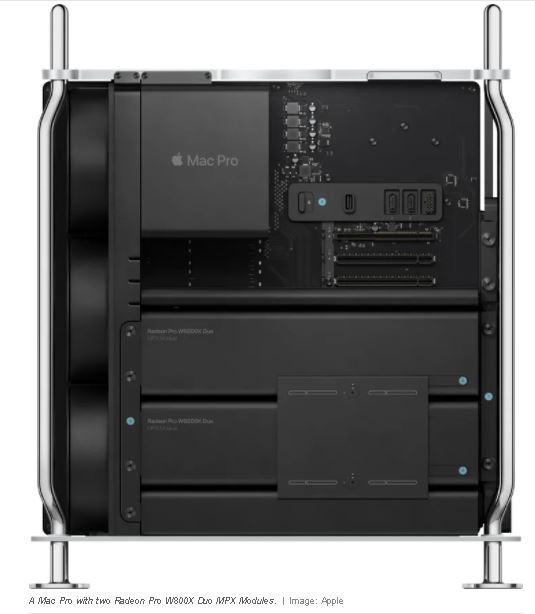 With the W6800, AMD promises “up to 79 percent faster performance” than its predecessor. Apple claims that in some situations, GPUs in their MPX form can achieve “up to 84 percent higher performance when running Octane X” and “up to 23 percent quicker performance when using DaVinci Resolve.”

They’re workstation-oriented counterparts to the Radeon RX 6800 and 6900 series consumer boards, which Apple acknowledges. It’s easy to anticipate that the major variations come from adjustments made to cater to the pro-market. Infinity Fabric Link permits up to four GPUs (such as two W6800X Duo modules) communicate five times quicker than PCIe. W6800X Duo has 64GB of GDDR6 memory, while both individual GPUs have 32GB.

Otherwise, Apple’s pro tower has been left out of other updates, and it won’t be unexpected if this is the sole hardware update in 2021.

It’s been rumoured that Apple would update the Intel-based Mac Pro with Ice Lake Xeon processors in 2022. If a 40-core Apple Silicon model is announced in the same year, it may not happen at all. W6000-equipped Mac Pros make sense if you rely on high-end x86 software or need the kind of macOS performance that only the Pro can currently give.