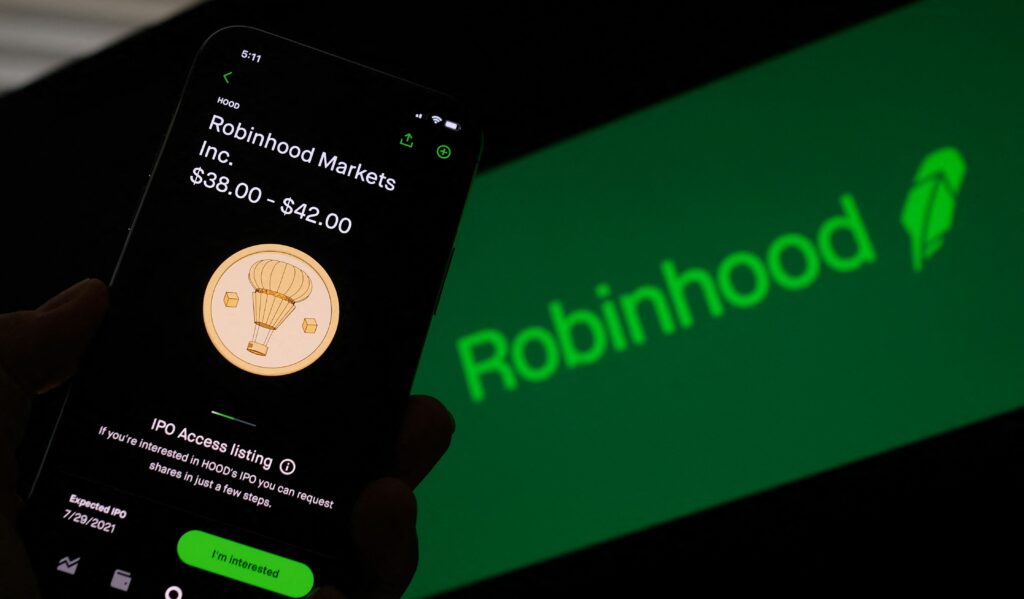 Crypto assets accounted for about 52 percent of Robinhood’s transaction-based income, with Dogecoin accounting for 62 percent. The majority of Robinhood’s crypto income, estimated at $145 million, comes from Dogecoin deals, which represent for 62 percent of the total. The firm earned $565 million in net sales in the second quarter of 2021, up 131 percent from the second quarter of 2020.

In the second quarter of 2021, its cryptocurrency income increased by over 4500 percent, from $5 million to $233 million, compared to the same quarter in 2020. More than 60% of Robinhood accounts funded in Q2 2021 traded digital assets, according to the study.

“I am particularly happy with the progress we achieved with the crypto services in Q2,” said Vlad Teev, co-founder and CEO of Robinhood. We’re delighted by the number of people who are using Robinhood to obtain access to the financial system.”

Transactions accounted for roughly 80% of its net revenue, or $451 million, which rose by 141 percent over the previous quarter. This rise is due to a 109 percent year-over-year (YoY) increase in monthly active users from 10.2 million to 21.3 million, as well as a 130 percent increase in funded accounts over the same time period.

Despite a spike in crypto income in Q2, Robinhood lost $502 million altogether. The losses are due to accounting changes relating to the company’s changing warrants and notes.

“Transaction-based revenues were $451 million in Q2, up 141 percent year over year, driven by significant interest in crypto during the quarter and increase in our user base,” said Chief Financial Officer Jason Warnick during the company’s earnings call.

In comparison to Q1, there was a substantial rise in active crypto traders in Q2. At the same time, when our clients’ attention switched to crypto, our equity activity declined. Cryptocurrency revenues increased to $233 million in the second quarter, up from $5 million the previous quarter. Robinhood has obviously become a household brand since the introduction of cryptocurrency trading.

Despite a drop in stock trading, Robinhood’s margin loan interest nearly quadrupled to $31 million. At the end of June, 700,000 customers had a total balance of $5.4 billion in margin loans. Over 300,000 Robinhood customers bought stock in the company’s first public offering (IPO) using the company’s mobile app. It was Robinhood’s sixth fresh IPO that its consumers were able to purchase at the initial public offering price.

Those offers were oversubscribed by a ratio of five, according to CEO Vlad Tenev, who spoke on an earnings conference call. Users held around 80% of the shares they received in the two IPOs that Robinhood offered on its app during the second quarter, medical-scrub maker FIGS Inc. and identity company Clear Secure Inc.

“Customers who have been investing in these IPOs have been rather diamond-handed, so to speak,” Tenev added, referring to a phrase used on trading message boards to characterise long-term investors.