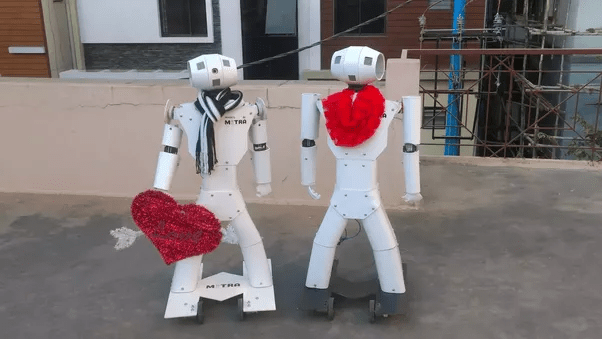 Windrose Capital has now led a $281385 seed-stage funding round at the Bangalore based robot maker Invento Makerspace, which marks the latest investment off its maiden fund ‘The Next Billion Fund.’

Other participating investors were Mumbai based ITI Growth Fund along with few other unnamed domain investors, said the announcement.

Invento Makerspaces plans to use the capital for both the research and development in building and innovating new robot variants, business expansion into some of the new verticals and industries, said the announcement.

The company is the maker of ‘Mitra,’ which is a robot that greeted Indian Prime Minister Narendra Modi and the United States President Donald Trump’s daughter Ivanka Trump at the Global ENtreprenship Summit at Hyderabad in the year 2017.

“The robot (Mitra) is designed to interact with humans using facial and speech recognition, contextual help and autonomous navigation. It is capable of seamless autonomous movement and obstacle detection, along with speech synthesis in regional Asian languages like Hindi, Tamil, and Sinhalese. The company is looking to launch subsequent variants of robots for applications in different industries and operating verticals,” the statement read.

“Companies like Invento, which practice a culture of innovation, will spearhead India’s economic transformation. Invento is a pioneer of commercial and economically viable Humanoid Robotics in India, and its product ‘Mitra’ will be a game changer in the way big brands interact and service their clients,” Rohit Goyal a managing partner at Windrose Capital said in the statement.