How Robotics Is Shaping India’s Future 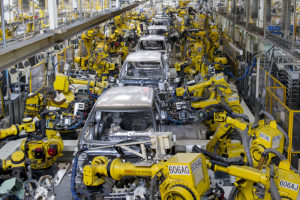 With the emergence of computers in the late 1960’s technology soon became the next big thing mankind invented. The invention of technology fueled the generation of computers, software, hardware, the internet and life as we know it today. The gambit of the word “technology”  has now become further and wider than expected and can of course not be pinpointed to a set number of things. But one the vertical the development of tech has fueled is Robotics. Which is what we will be speaking of now.

How many times have you uttered the phrase, “I just there was a Robot to do this for me”. We all have has some creative way in which we have thought that we could employ a robot. That could soon become a reality.

India: At The Robotics Epicentre

India is popularly known for its academic curriculum that revolves around engineering and mechanics. Needless to say, with Robotics picking up as a discipline, the country became the next big hub for robotic studies, technology, research, and the development of potential applications of robotics.

“Robotics will also have a key role to play in the Make in India initiative towards attracting global manufacturers to invest in the country…  India can become a veritable powerhouse of robotics talent,” says Sashi Kumar, managing director, Indeed India to Forbes India.

Robotics is seen as the next big application of technology and India being in the centre of operations, the next 10  years are predicted to be extremely consequential in the developing of this discipline.

Currently, every aspect of our day to day lives revolves around the internet. From work to home appliances, to e-commerce or booking tickets for a vacation. A decade ago no one would have foreseen this reality, the same is expected to happen with robotics.

But Why Is Robotics Big?

We already see simple menial applications of Robotics now.  For example, the Roomba cleaner. It is a vacuum cleaner on wheels which is based on object sensing. It will clean a whole house once it is switched on based on mapping the whole house and then deciphering which areas have already been cleaned and which have not. It senses objects in its way and once it encounters an object it will change its trajectory. The invention of Roomba was possible because of an amalgamation between artificial intelligence software and robotics. 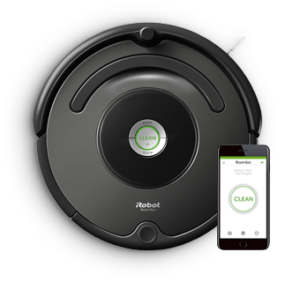 But the implementation can be much more advanced too. They can be a part of armed forces, service centres, and even customer service in retail chains. A robot can assist you, interact with you, or even replace you if need be.

Robotics paired up with artificial intelligence, machine learning, computing, hardware, and the right software is like moulding a custom machine who you can program to do most things. In so far AI and computing speeds were not fast to keep up with what robots were envisioned to do. But now that these supplemental technologies are catching up, our dream robots can finally be realized.

It Is Not The Future; It Is The Present

The home, the government, or the factories- a robot is already seen in these big sections of society.

We see robotics every day employed in some way or the other without even realizing it. As the applications grow, the reality of it is bound to become more apparent. We spoke about the Roomba vacuum cleaner before but there are many more.

Robots are replacing humans in typical warehouse jobs that are menial labour but happen in dangerous environments. From screwing on toothpaste caps to lifting heavy parts in automobile factories.

In fact, according to a Qrius, “thanks to the massive potential of robotics in warehousing, the Indian market for warehouse automation is projected to grow at a CAGR of 10-12% during 2015-2020, and is expected to reach $3.49 billion by 2020.”

There is also Sophia now, who is an AI-driven robot and has been granted official citizenship of the country of Saudi Arabia. No one would have imagined this a few years ago.

Also, the Indian Army has currently declared that it wants to make 33.3% or 1/3rd of its operations run by Robots. The army fo the United States has already employed 20,000 robots in its fleet. A similar figure is being drawn in China but the exact numbers are undisclosed. The market is supposed to touch Rs. 68,000 Crore annually for robotics in the defence sector over the next decade.

What About Human Employment Then?

These current replacements in industries are however drawing some flak from public policy experts. With an already shrinking job market in India and unemployment being a pressing issue the inclusion of robotics who replace humans shrinks the pie further.

While this is being said, others think that robots will create new possibilities- ones which we have never imagined. This will create new entrepreneurs, help existing companies and will overall inflate the GDP which works on a financial basis for every citizen.

However, not much has been discussed on this fore- there are pros and cons. Of course, this argument is bound to be propelled higher in the upcoming future.

What Is Going To Come Now?

Robotics is not a far off reality, it is the now. Only the full potential of the discipline is yet to be realized. This brings in exciting prospects for everyone.

“It is safe to say the robotics is not just going to transform our lives but is going to expand it, broadening our horizons and pushing us to learn new things. While making life easier by taking care of mundane chores, robots will also make it pretty fascinating as just being able to witness the things robots will be able to do in the near future is a titillating thought in itself”, writes Pulak Satish Kumar- the COO of Puresight Systems, a home robotics appliance provider in India.