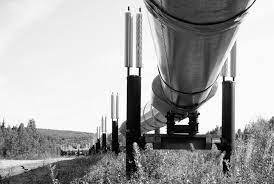 Russia has decided to halt the supply of gas through one of the important routes to European nations. Russia has said that Nord Stream 1, considered to be the largest pipeline carrying gas, will be under maintenance, from August Thirty-One to September three.

Gazprom, which is bestowed with the responsibility to maintain the pipeline said that the shutdown is necessary for the maintenance of the compressor at a station in Russia. It also said that specialists from Siemens would also join hands.

According to reports Nord Stream One, is one of the longest gas pipelines between Russia and Europe. It has been functioning since 2011. Last year around forty per cent of fuels were transmitted through the pipeline route. The pipeline gains prominence in the context of sanctions on Russia. Russia limited the supply of fuel to 40 per cent in June saying that, it is unable to fulfil its supply obligations due to sanctions imposed on it.

Kremlin spokesman Dmitry Peskov said on Wednesday that Russia remained committed to its gas supply obligations, but was unable to fulfil them due to the sanctions, according to news reports.

Russian soldiers attacked Ukraine in February. The two countries continue to engage in war as the war moves into its sixth month. After the Russian invasion of Ukraine, European countries imposed restrictions on Russia. Many experts believe the Russian limitation on fuel supply is a tit-for-tat move.

Reportedly, Russia has stopped its fuel supply to countries like Bulgaria, Netherlands, Finland, Poland and Denmark. Russia has called the move special military operations. Gazprom which owns Nord Stream One has said that it is going to suspend the fuel supply to France due to issues in payments.

The fuel prices in Europe have soared by 400%. This has forced the government to spend more to ease inflation. Germany reportedly experienced its highest inflation in August this year.

Anticipating a further decline in the supply of fuel, Europe is cutting their energy uses. Many Europe has been storing fuel amidst the growing apprehension of a complete stoppage of supply from Russia. According to reports European Union already has stored fuel more than its set target of 80%.