According to various media reports, Russia is planning to introduce laws in the legislative assembly which will impose hefty fines on tech and internet companies who fail to open offices in Russia.

The move is targeted toward foreign companies who continue to provide services even after shutting down their offices in Russia. 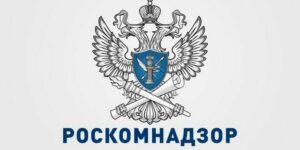 Roskomnadzor (The Federal Service for Supervision of Communications, Information Technology and Mass Media) had earlier listed several companies based in the United States which are required to open their offices. Out of the 13 companies in the list which got published in November last year, only a few entities such as Apple, music streaming app Spotify and messaging app Viber complied with the regulations.

Spotify suspended their business and closed its Russia in March 2022 after Russia launched its special military operation in Ukraine.

According to Russian law, social media companies with more than 500000 daily users from Russia, and are based outside Russia should open offices in the country. This law came into effect on July 1st of last year. If not complied, such companies could face hefty fines and even a complete ban.

Companies such as Google, social media giant Twitter, entertainment app TikTok and Zoom video communications have not yet established an office in Russia. These companies also haven’t got any registration as legal Russian business entities.

Earlier, Google and Meta (Earlier Facebook) got fines imposed on them for hosting content which was banned in India. They were fined based on turnover.

Facebook and Instagram got banned in Russia in March 2022 following a Russian court ruling which stated that Meta Platforms Inc ( parent company ) were “carrying out extremist activities”. WhatsApp owned by Meta was exempted from the ban as it was an instant messaging app and not a social media app technically.

This is not the first time Russian authorities are trying to control social media. Earlier in several instances, authorities, and courts have clamped down on social media companies and internet companies for not complying with orders and rulings.

Russian military operation in  Ukraine triggered a massive response from companies based in mainly western nations as they decided to shut down their operations in Russia. As sanctions began to increase on Russia, companies found it difficult to continue to normal business. Some companies also faced sanctions from the Russian government regarding the transfer of funds. Some accounts got freezer as part of Russian economic retaliation.