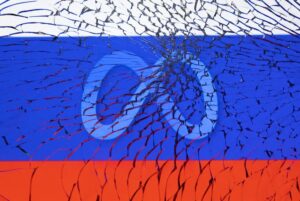 On Friday, March 11, Interfax reported another development in Russia amidst the war in Ukraine. Reportedly, prosecutors in Russia have pleaded to the Russian court to identify the Meta Platforms, Facebook’s parent company as an “extremist organisation.” They want the social media giant to be designated as an entity that is “extremist” due to its recent actions.

The prosecutors went on to ask Russia’s watchdog of communications to place additional restrictions. They asked the watchdog to restrict access to Meta’s social networking platform, Instagram. In addition to this, another news agency of Russia, TASS, submitted a report stating that Russian investigators that opened a case regarding the actions of Meta Platforms.

On Thursday, March 10, various reports came in stating that Meta would enable a function on Instagram and Facebook. It stated that Meta would allow the users of these platforms in certain countries to call for violence against aggressors. These aggressors referred to by Meta indicated Russians and soldiers of Russia connected to the Ukrainian invasion.

This new aspect of change on the social media platforms comes forward as a temporary alteration to Meta’s policy regarding hate speech. The social media giant is allowing certain posts about the Russian President for the mean time. Apparently, its allowing certain posts that call for deaths of Putin or that of Lukashenko, the President of Belarus.

“As a result of the Russian invasion of Ukraine we have temporarily made allowances for forms of political expression that would normally violate our rules like violent speech such as ‘death to the Russian invaders.’ We still won’t allow credible calls for violence against Russian civilians,” a Meta spokesperson said in a statement.

Such expressions calling for the deaths of the leaders would be permitted considering they do not state any other targets. Along with it, it must not contain two indicators of credibility, like methods or any particular place. This temporary alteration in their policy that is for call for violence towards the Russian soldiers apply to many states. These countries, as of now, include Armenia, Azerbaijan, Estonia, Georgia, Hungary, Latvia, Lithuania, Poland, Romania, Russia, Slovakia, and Ukraine. All of these informations were gathered by reporters through emails that they got hold of while investigating the present situation.