A radio broadcast of Russia was manipulated by a hacker on June 8. The hacker played the Ukrainian anthem on the program instead of the news.

A media group in Russia wrote about the matter on their Telegram. They affirmed that the Kommersant FM radio station played the anthem of Ukraine and a Russian song with the lines “We Don’t Need War” in their program. 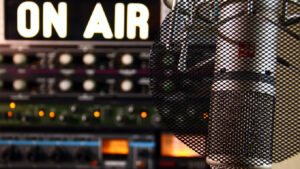 Francis Scare, a senior journalist of BBC News in Russia wrote a tweet on the concerned affair claiming that the Radio Station was hacked by someone as the Ukrainian anthem started playing in between the news reports. The Russian anti-war song was also played subsequently.

However, this media hack is not surprising as after Russia declared war against Ukraine these hackers have been attacking Russian websites quite frequently. As per reports, on June 6 the state news association of Russia claimed that the database of the Russian Ministry of Construction was likely attacked by hackers. This claim was made after the search results of the website misdirected users to a “Glory to Ukraine” sign written in the Ukrainian script.

Previously in March, many attempts were made to alter corporate sites in the country. A cybersecurity corporation reported about this.

The governing body of Ukraine had demanded for individuals to offer one’s services to aid them to safeguard the important building. It is believed that the government actually asked for some secret hackers in the name of volunteers. The reports said that these individuals were given the job to spy on the army of the opponent using the internet.

These cyber attackers from an Anonymous union announced a “cyber war” against the president of Russia at beginning of 2021.

The hackers association hacked the television station in Russia and disrupted the ongoing programs. They displayed pictures of explosions in the Ukrainian province and the Ukrainian troop speaking about the fear of the battle. The hackers’ agency posted about this hack on the social media platform.

There are many other pacifist assertions rising in Russia apart from these frequent website hacks.

The hacked radio station is owned by the 5th richest man in the country and one of the favorite autocrats of the Russian President, Alisher Usmanov. Usmanov was on the list of the people who were sanctioned by the U.S. after the country declared war against Ukraine.

One of the chief executives of the radio station validated the concerned matter.