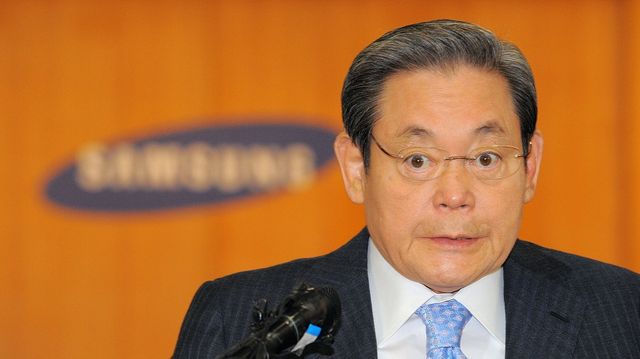 The heirs of the Samsung Electronics Company, chairman, Lee Kun-hee, who died on the last Sunday, could now face billions of dollars in the taxation of inheritance. But that does mean exactly they have to cede control over the group by selling shares.

He had an estimated fortune of $20.7 billion, with the bulk of its comprises of his stakes in four Samsung units, as per the report revealed.

With the country levy as much as 60% on inherited shares for large shareholders and 50% on the real estate and other assets, the Lee family could even owe a tax bill of around $10 billion, which could be Korea’s largest as per the closing prices.

The heirs are most likely to see the stocks to finance the charge, as per report from the Chung Sun-sup, chief executive officer of Chaebul.com. On the last Monday, speculation that Samsung Group companies will increase the dividends to help pay for its lifted their shares.

“Share sales can cause trouble as they would reduce the family’s control over the group. No conglomerates would do so,” Chung said. “Instead, most of them opt to make the cash payment over five years. Cash can be prepared through means such as dividends or salaries.”

Lee stakes included a 4% holding in the world’s largest producer of televisions, smartphones, and memory chips, and 21% of the Samsung Life Insurance Co, which owns the second-largest chunk of the Samsung Electronics.

“It’s uncertain how much cash assets the family holds now, but dividend income won’t be enough to cover the tax charge,” he wrote in a note. “Therefore, it’s also highly possible that the family will rely on personal financing.”

Lee is awaiting a final ruling on a bribery case that has sent him to prison in the year 2017, and he is even facing a separate trial charge on the financial fraud charges, which includes the stock price manipulation to facilitate his succession. While he had also denied any wrongdoing, he made a personal apology for the recurring corruption scandal at Samsung and pledged not to hand down the leaderships to his children.

“I give my word here today that from now on, there will be no more controversy regarding succession,” Lee said at a press conference in May. “There will absolutely be no infringement against the law.”

“So it’s important to see how the Samsung family will take care of the inheritance issue,” he said.