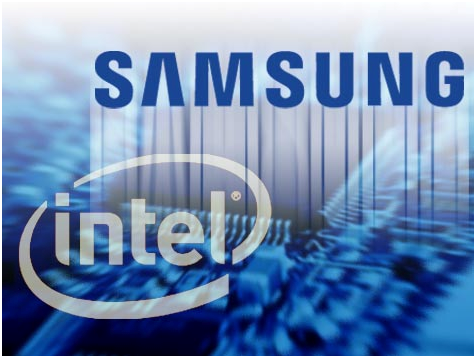 In the second quarter, Samsung Electronics Co. surpassed Intel Corp. as the world’s top chipmaker by sales, but the South Korean technology giant faces a tougher battle with its American competitor in the foundry business.

Intel’s sales in the second quarter totaled $18.5 billion, excluding the contribution of a business unit that the corporation has agreed to sell.

For much of the last three decades, Intel had dominated sales, but in 2017 and 2018, when memory chip sales soared, it was surpassed by Samsung, the world’s largest memory chipmaker.

According to the Wall Street Journal, which cited industry analysts, the situation is likely to remain that way in the foreseeable future due to conflicting outlooks for their primary industries.

While Samsung, the world’s largest smartphone manufacturer, reported a 54 percent increase in overall operating profit in the second quarter, it ascribed its strong semiconductor performance to higher-than-expected DRAM and NAND chip pricing due to the pandemic’s pent-up demand.

The July contract price of DDR4 8Gb for PCs, one of the most prevalent DRAM products, has grown 7.89 percent to $4.1 over the previous month, according to industry data supplier DRAMeXchange. The figure for July is the highest since April of this year.

The price of 128GB NAND flash, which is used in memory cards and USBs, was $4.81 in July, up 5.48 percent from the previous month. This is the highest reading since September 2018. 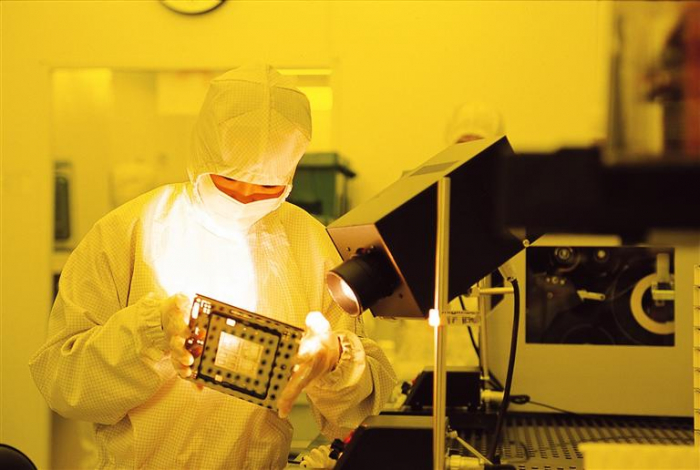 A researcher at a Samsung Electronics chip cleaning room

Intel Chief Executive Pat Gelsinger stated last week that the company plans to spend extensively in the foundry industry in order to become the world’s top player by 2025.

According to the CEO, Intel, the largest US microprocessor producer, has already secured Qualcomm Inc. and other semiconductor businesses as clients. Until now, those companies have outsourced chip manufacturing to Taiwan Semiconductor Manufacturing Co. (TSMC) and Samsung, which have long controlled the foundry market.

Intel CEO made the statement just a few months after the company announced a $20 billion expenditure plan in March to develop two new chip plants in Arizona in order to enter the foundry business.

“Samsung’s chip business revenue is volatile, fluctuating in accordance with memory chip prices in the market. The company needs to expand its investment in the foundry business to compete with bigger rival TSMC and deal with growing threats from Intel,” said a local industry official.