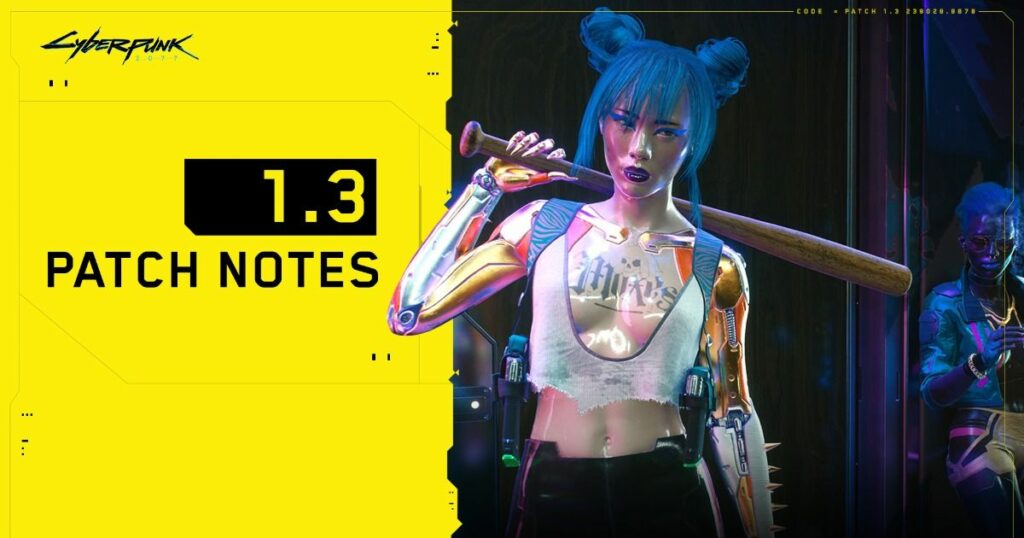 Cyberpunk 2077’s Patch 1.3 introduces the game’s first DLC in the form of several free cosmetics. We have a few free DLCs here, and although they are not significant, they are worth mentioning. Let’s start with the free DLC that comes with the patch.

One of the most important improvements that will be shared with the newly released patch is the game’s GPS navigation and minimap. Changes in the new patch of Cyberpunk 2077 include detection times for enemies that depend on difficulty levels, a minimap zoom drive that facilitates navigation, price changes for cyberwar, a number of functionality changes for rewards, and fixes for over 100 missions and quests. New details about patch 1.3 of the game, minimap improvements, customization of conversation options for early story quests, cloud clubs, and adding items that make respecting more cost-effective in the long run. 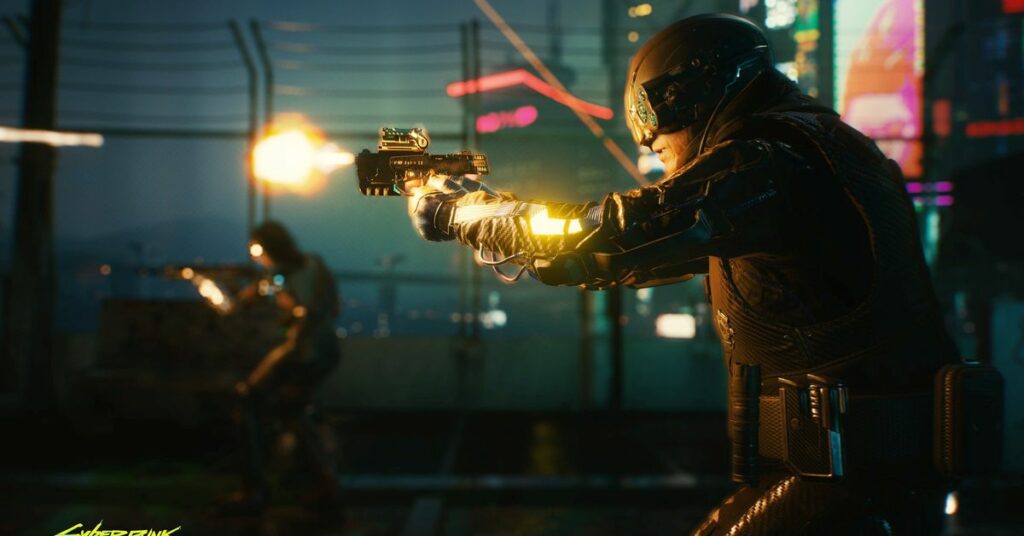 The free DLC was unveiled recently during the unveiling Livestream and will be available with patch 1.3, which adds a number of enhancements to the game through the DLC. Players will be able to notice a little bit of DLC that consists of appearances for characters like Multilayered Syn, the Bandit, Jacket, Johnny Silverhand, Archer Quartz, Luminescent Punk Jacket, and Leather Deltajock in Patch 1.3, as well as vehicles that can be purchased in-game after completing Ghost Town Quest. The last telling change that comes with patch 1.3 is that it will be the first free DLC to come into play. According to lead quest designer Patrick Mills, “This DLC is the first of our smaller DLCs to be released.

As you may remember, CDPR has released a kind of Lore Preview for the upcoming 1.3 patches. The new patch (1.3) adds to the large list of changes and improvements made to the game and the full patch notes have been published on the official website.

The new patch for Cyberpunk 2077 is substantial and is 3.4 GB in size with over 500 updates, balance, and quality improvement of life and bug fixes. The update makes a number of bug fixes and gameplay optimizations, improves things like minimap zoom levels, adds more autosave slots, and makes it possible to update craft components in large quantities. The patch also includes several performance enhancements, streaming enhancements, and memory optimizations. 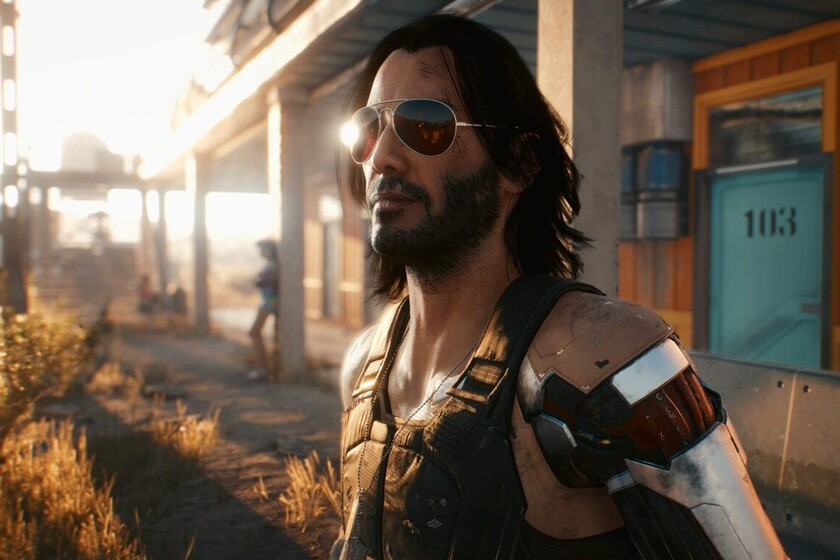 CD Project also has a selection of console-specific fixes, such as stopping NPCs from speaking after they have been killed and eliminating errors in the storage of corruption. The developers also improved the reflection effect of the screen (it looked grainy on consoles with lower visual settings and quality than on PCs), increased the number of slots for Autosave from 10 to 20, added a new berth for nibbling on apartments, and now it is possible to use elevators to transport bodies. There have also been a number of balance changes, including fixes to topics such as nomad camps, hacking neutral targets, and the appearance and use of high-speed travel.

For many players, the main problem of the game is its unpredictable enemy and the police AI, which will receive no further corrections. Improvements to the minimap provide a more useful zoom function, make it easier to respect characters, increase the number of memory spaces, mass-produce, and much more. Cyberpunk 2077 has many problems, but its patch is undoubtedly big enough to satisfy everyone. 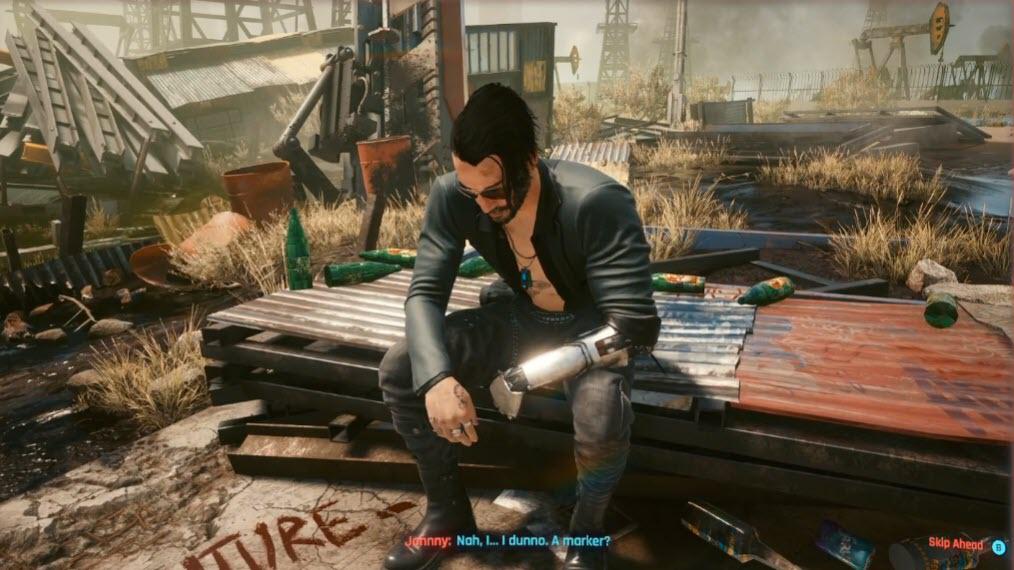 The developer marketing article confirmed that Cyberpunk 2077 Patch 1.3 is on its way, and although not impressive, at least the full list of fixes, updates, and optimizations to the head RPG is much more comprehensive than before. They have revealed the full patch notes, as well as some new ones, and it also contains details about the first batch of free DLC and some much-needed improvements.

The patch notes for Patch 1.3 are long and detailed, but there is no real way for us to sift through them all. If you would like to test all the changes and updates that come to CyberPunk 2077 yourself, you can read the full patch notes on their website. This is also the first collection of free DLC along with the long list of fixes and other changes contained in the Cyberpunk 2077s patch.

CD Projekt Red and CDPR, the developers of the game, have fixed several bugs that existed before the 1.3 release, and now they have several fixes and some additional in-game content. Although Cyberpunk 2077 is not in perfect condition, developers CD Projekt Red continue to provide updates to players that improve most aspects of the title, and each update improves what was already in place, adding some free cosmetic DLC to sweeten the deal a little. The developers have revealed the latest list of changes that will be introduced with the version. The update comes for PCs, consoles, and Google Stadia, a cloud gaming service.