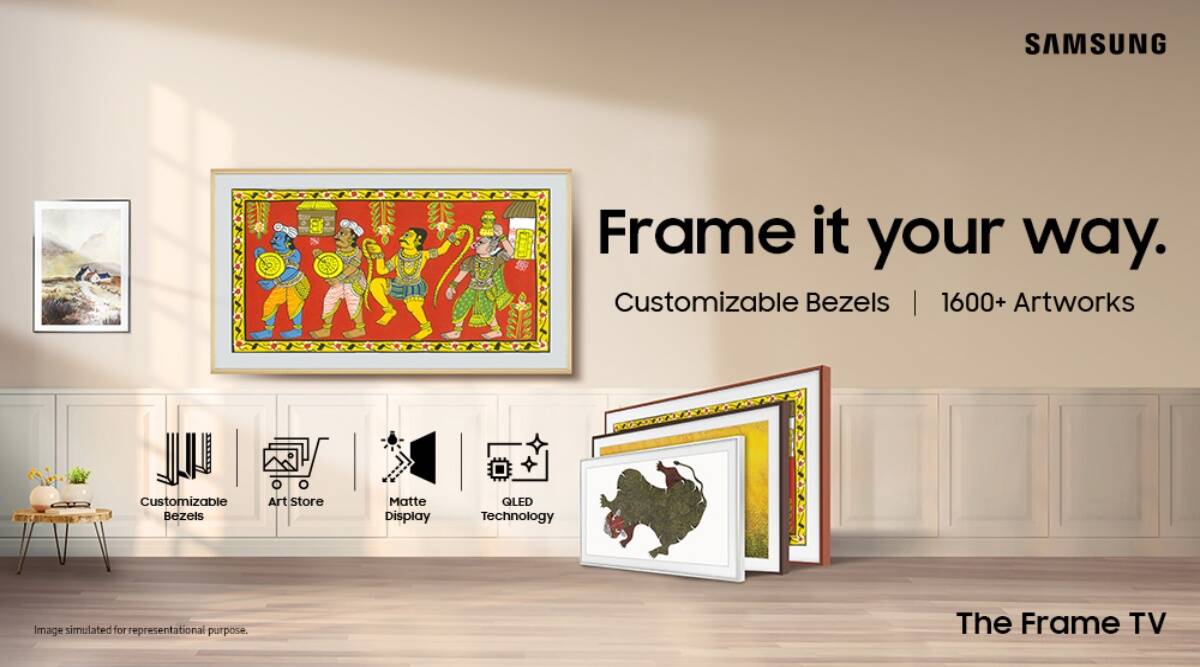 Samsung India has finally unveiled their new lineup of Frame Tv series in Indian markets. These are the new Frame TV series combined with a bezel-less design, a Matte panel, and also an embedded Art Mode which makes these Frame TVs more looking an Art Frame attached to the wall but it can also be used as a Smart Tv. Let’s take a deep look into what these Samsung Frame TV series features and what is its launched pricing:

Samsung Frame TV series – What does this new TV feature? 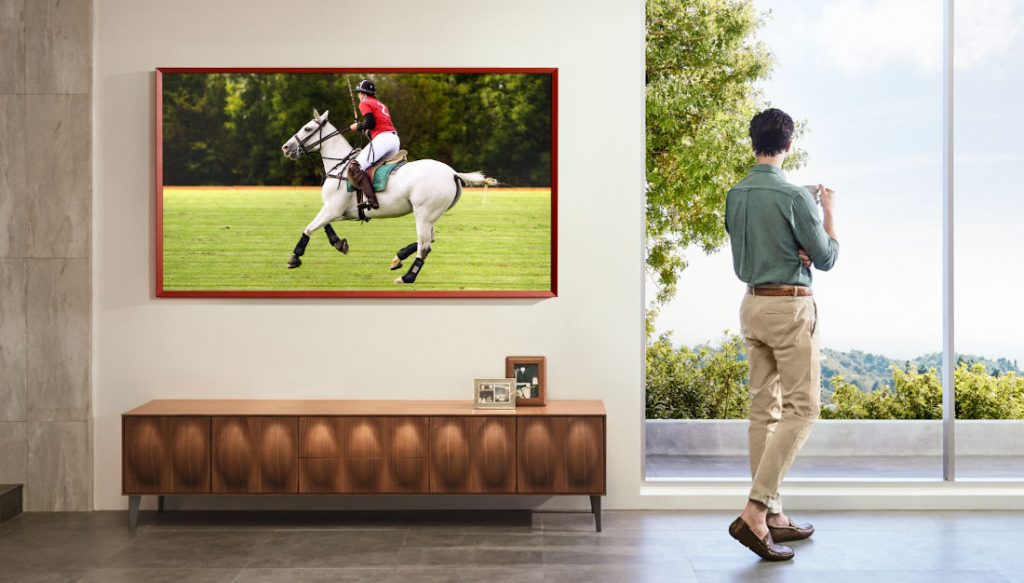 Samsung’s Frame TV series has already been among the most popular Smart Tv series launched by Samsung. We already have seen Samsung India launching their Frame TV series every year and for this year we have the new Frame TV series which again comes with a modern level design and also you get the option for customizing the bezels of the Tv based on the room.

Samsung India has launched these new Frame TV series in different screen sizes which includes the smaller 43-inch model and then there is a mid variant which comes with 50-inch in screen size and also there two bigger screen models including a 55-inch and then a 65-inch and also the biggest 75-inch models have been launched.

Despite the different screen sizes, these smart Frame TVs come with the same specification under the hood. Let’s take a deep dive into the specification of these new Frame TV series.

All these Samsung Frame TVs come with the new 4K OLED panel which also supports Samsung’s newly developed Quantum Dot Technology which helps in splitting out a brighter color and also enhances contrasts to provide a better viewing experience for their consumers.

Alongside these, the display also features HDR10+ support and also Supreme UHD Dimming, and more. To provide better eye comfort for the users, you also get support for EyeComfort mode. As the TV comes with a Matte panel, the TV becomes resistant to reflection so you don’t have to worry about reflection while watching your favorite movies and TV shows.

This Frame TV is different from other Smart Tv as it features a dedicated Art Mode which is used to display Art on the display and make it look more like a paint job display on the wall frame.

Samsung has built an Art Store and added it to the TVs, where you can choose to display around 1600 famous art pieces, and also you can display your photos on these TVs.

Going inside the TV, these Frame TVs come with a dedicated Quantum Processo 4K which helps towards upscaling 4K resolution in India. These processors also help the TV to gain SpaceFit Sound which will be helping towards adjusting the audio as per the environment. These Frame TVs also feature an overall audio output of 20W.