A court official said that Samsung Electronics Vice Chairman Jay Y. Lee has been excused from attending an accounting fraud trial hearing on Friday because he is slated to host the US President’s tour of a semiconductor factory in South Korea. 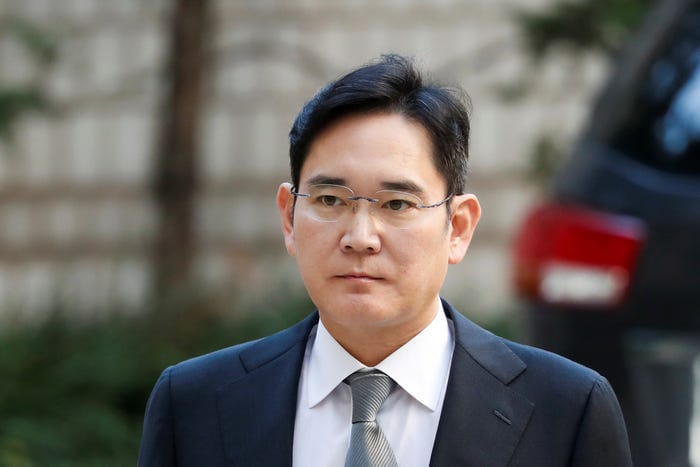 Although the defendant’s presence is necessary by law to protect his right to defend, the Seoul Central District Court allowed Lee’s plea to not attend so that witnesses’ evidence may be recorded and the defendant alerted, according to the spokeswoman.

According to South Korean media, Lee will accompany US President Joe Biden on a visit of the world’s largest semiconductor plant in Pyeongtaek, some 50 kilometers (30 miles) from Seoul.

It is expected to be Biden’s first visit to South Korea as part of his first Asian trip as President of the United States.

It would be Lee’s most high-profile public appearance since his release on parole following a bribery conviction in August of last year.

Lee’s absence from the bench is unusual. According to court records, he has attended all hearings of a separate trial related to the $8 billion merger of two Samsung subsidiaries in 2015.

Prosecutors charged Lee with stock price manipulation and accounting fraud in connection with the deal in 2020. Lee has disputed the charges.

Since Lee’s release on parole, Samsung (005930.KS) has made significant decisions, including locating its new $17 billion semiconductor facility in Taylor, Texas, integrating its mobile and consumer electronics divisions, and installing new co-chief executives in its largest reorganization since 2017.

Lee Jae-Yong, also known as Jay Y. Lee in the West, is a South Korean business entrepreneur and the vice-chairman of Samsung Electronics. He is the only son of Hong Ra-hee and Lee Kun-hee, Samsung’s chairman until his death in 2020, and his father’s successor.

The South Korean media refers to him as the “Crown Prince of Samsung,” and he speaks Korean, English, and Japanese. Lee is expected to be worth US$11 billion as of September 2021, making him the fourth-richest person in South Korea. Lee was barred from participating in important Samsung business transactions in January 2021 after resuming his prison sentence for bribery and embezzlement.

Lee, together with his father, was rated the world’s 35th most powerful person as well as the most powerful Korean on Forbes Magazine’s List of The World’s Most Powerful People in 2014.