The world in general, and the electronics industry in particular, is currently facing an acute shortage of semiconductor chips, that are an integral part of many electronic gadgets, especially smartphones. As such, it comes as no surprise that productions in many parts of the world have gone for a hit. However, one amusing news report emerged yesterday, when South Korea’s Electronic Times claimed that Korean gadget giant Samsung Electronics Co. has halted the production of its new and so-called “budget phone” which happens to be a new and less expensive version of the Galaxy S21. The reason that had been cited was a shortage in Qualcomm application processors.

Report Deleted, but Could be True

Said report, which has since been taken down, had said that the company had decided to suspend production of its new Galaxy S21 Fan Edition. The model was originally slated to be launched around August this year. 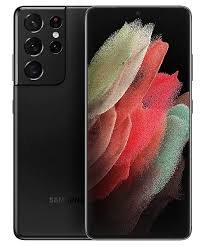 While Samsung indeed had previously warned about having a hard time due to the “serious imbalance” in the global supply of semiconductors, as of now, the firm holds that so far, it has not taken any concrete and official decision regarding putting a stop to productions.

It might be worth noting that a few weeks ago, news had arisen of the company allegedly planning to launch itself into the chip production market in the United States, to help battle the declining numbers of chips in the world. Samsung is reportedly planning to set up a manufacturing unit in the States, which will specifically be dedicated to semiconductor chips, and could possibly start production by as early as the third quarter of this year. An investment of at least $17 billion might be expected.

Meanwhile, only last week, it came to the world’s notice that Taiwan, which is a leading producer of chips, and supplies to a number of countries in the world, was halting production for the time being for two days, owing to the rising cases of COVID. The country has reportedly been promised thousands of doses of COVID vaccines from the US, as the global power aims to prevent a further decline in chip production.

Moreover, the Senate of the States itself has recently passed a bill that aims to make the country a leader in the manufacture of semiconductor chips, and has set aside billions of dollars to fund projects pertaining to production.