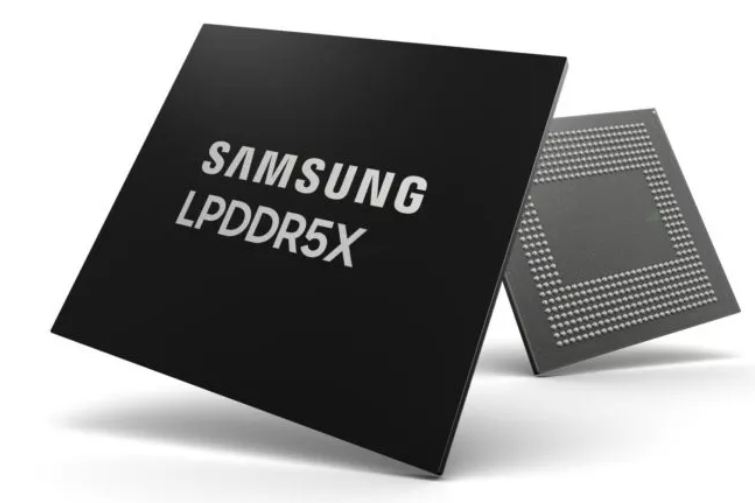 Samsung introduced the first LPDDR5 DRAM back in 2018. This sort of RAM has been seen in several of Samsung’s higher-end phones, including this year’s Galaxy S21 series. Samsung announced the next level in smartphone RAM today. The business announced the industry’s first LPDDR5X DRAM in a news release.

This new sort of RAM will eventually emerge in high-end smartphones from Samsung and other OEMs. According to Samsung, LPDDR5X DRAM has 1.3x faster processing rates than LPDDR5 DRAM. The business also claims that it uses 20% less electricity. This should help cellphones run quicker while placing less load on their batteries.

Samsung, on the other hand, isn’t simply thinking about smartphones. DRAM can be found in a wide range of goods, and Samsung thinks that it will have a favorable impact on everything from laptops to servers to automobiles. The LPDDR5X DRAM is built on a 14nm technology, as opposed to the LPDDR5’s 10nm structure.

The Samsung Galaxy S22 series will certainly gain more power under the hood with new SoCs. While the Snapdragon 898 is believed to drive the series in the United States, all eyes are on Samsung’s rumored Exynos 2200 chipset with an AMD GPU.

We already know that the new Exynos processor will enable ray tracing and variable rate shading in Samsung’s flagships. We’ll just have to wait and see what more is in store when the SoC is eventually unveiled, which is expected later this year.

The normal regional chipset exclusivity may also be jeopardized. According to a September 5 leak, major worldwide carriers are preferring smartphones with the Exynos SoC over those with the Snapdragon choice.

Notably, Verizon is in this group, which would represent a significant change from the regular US-Snapdragon Galaxy offering. According to reports, China Telecom also plans to offer the Exynos option as an exclusive in China.

Max Weinbach proposed that Samsung provide both Exynos and Snapdragon alternatives for each handset, which would be a significant shift from the company’s market-dependent either/or strategy. Aside from that, it’s reported that Samsung won’t employ vapour chamber cooling for the S22 series. If the phones do not provide this cooling technology, it is assumed that cost-cutting measures are to blame, with thermal graphene pads being proposed instead.