An outline of Robinhood’s story.

Robinhood essentially is a investment facilitator, which can be used as a platform for investment in stock, EFTs and cryptocurrencies side by side, all commission-free and easily accessible in one app.

Robinhood, gained popularity during the pandemic in 2020, when the company managed to capture a significant part of the newly emerging retail market. The company was indulging in providing a vast number of options for the customers such as meme stocks and cryptocurrencies, which indeed helped the company to amass 22.7 million users by the end of the year. However, the increasing users didn’t affect the trading activity, rather there was a decline in the trading activity of the company. The company was also struggling to maintain its revenue stream and keep the volume up.

According to a reporter from TechCrunch, SBF_FTX supposedly has a lot of interest in the business prospects of Robinhood. They are also exploring potential ways to partner with them and also acknowledged that there are no active M&A conversations held with the company.

JUST IN…@SBF_FTX said in a statement to @TechCrunch:

…That being said there are no active M&A conversations with Robinhood.”

Last month, the founder of FTX Sam Bankman-Fried announced the acquisition of 7.6% shares in Robinhood. As soon as FTX acquired the shares, the market for Robinhood became bullish and the trading value of the company increased by at least 36% in extended trading. Even though the prices have fallen a little, the stocks are still up by 25%.

SBF purchased the stock through Emergent Fidelity Technologies, in which he holds a controlling position, according to a filing with the U.S. Securities and Exchange Commission (SEC). The company went on to acquire over 56.2 million shares of the company representing 7.6% of Robinhood.

Though SBF acknowledged that it had no intentions in buying out the company, the investment round comes in a crucial time for Robinhood as the company has been struggling with losing market dominance since its first Initial Public Offering which witnessed a drop of 77% in the value of the shares. 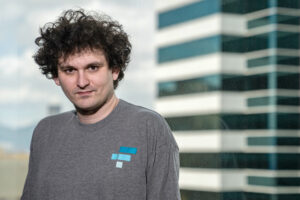 The CEO of FTX, Sam Bankman-Fried remarked in an email statement that, “There is no planning of buying the company and they are just positive about the business prospects of the company.”

FTX’s CEO has been observed to be helping a lot of crypto dealing companies in the recent times to help the companies out of the crypto market crash. Recently, FTX also went on to lend $250 Million to Block Fi as a credit facility for the company to function in a more efficient approach during a situation like now.