Rare Development Studios have announced that Sea of Thieves season 4 kicks off on 23rd September. Season 4 has a lot to offer, giving players the opportunity to visit sunken kingdoms, find new ways to loot and infiltrate siren strongholds. The first real Sea of Thieves Season 4 trailer cancels the free expansion in the coming weeks, which includes underwater siren shrines, looting, rich treasures, new loot, and lots more. Season 4 has some big shoes to fill, but Sea of Thief fans can look forward to great content this week. 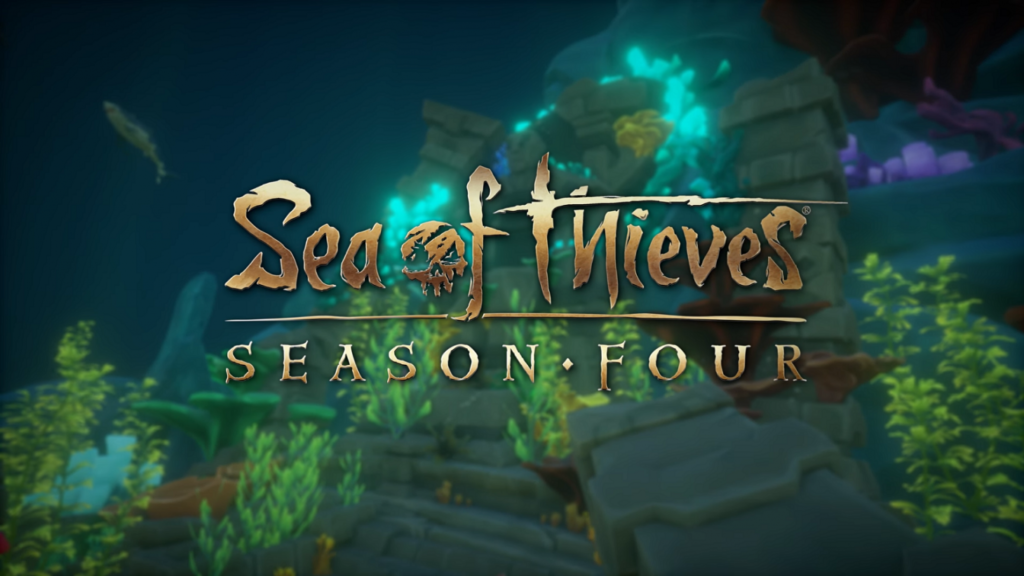 Sea of Thieves Season 4 is an expansion that provides access to the fiery Devil Roar of 2018 in the case of the part of the Devil’s Cloth. We will have a new area with sirens, a vast underwater kingdom, and an opening map that includes six new siren shrines and a series of siren treasures. Players can expect new quests, large and small, throughout the season, as well as an anticipated story driven by big stories.

Season 4 gives players access to new journeys, hidden corals, and message bottles scattered around the world. Purchasing the Loot Pass grants players access to the Pirate Empire, items, additional antique coins, and third season rewards. Each new season will add 100 levels of rewards that will be unlocked for free to all players. The good news is that all the seasonal content is free for all Sea of Thieves pirates and the updated progression system provides fresh rewards that will bring you to progress toward leveling and reputation.

Sea of Thieves rode its wave of success with the Pirates of the Caribbean addon last season, and now we are visiting the Kingdom of the Sea for the fourth time. Sea of Thieves returns with its biggest and most spectacular of all time, replacing the third season Pirates of Life, and it’s time to see what the rarities have cooked up for season four. New crossover content is expected in Season 4, and the game will bring fantastic new adventures that will expand the world for all players and offer some nice improvements in quality of life.

The fourth season of Sea of Thieves kicks off on 23 September and developer Rare has released a new teaser trailer for what fans can expect from the new season. Following last week’s Sea of Thieves teaser, Season 4, Rare has provided a sizeable selection of features for pirates to dive into starting Thursday, September 23. When season four is released this Thursday, you’ll discover all sorts of underwater shrines.

The gameplay follows as “Siren Treasures are new and more focused on combat, with new Siren Shrines that present a unique challenge and threat and reward players with loot and loot after completion. The locations of these shrines are marked on the ship’s map, so the crews searching for them can look for the telltale glow on the sea surface – a sure sign that a siren fortress is nearby and ready to be explored. There are six in total, and if they are anything like the big stories of season three, we should be looking forward to a treat”.

Sea of Thieves has been described as a shared adventure game, meaning that groups of players will meet each other during their adventures, form alliances, and go head to head. Designer Mike Chapman believes many parallels can be drawn between Sea of Thieves and Goonies, where a group of friends join forces in search of treasure and create a journey they will remember forever.

Sea of Thieves will be coming to its biggest and most impressive update with season three and Pirates Life, and now it’s finally time to see what Rare has been up to for season four. Fresh off the successful third season which brought a juicy Pirates of the Caribbean crossover, Sea of Thieves players have taken themselves through the waves with its latest content update as part of the popular seafaring game’s fourth season.