Against the wishes of the IMF and the World Bank, El Salvador did the unimaginable on September 7, making Bitcoin legal tender – a move that has enraged a segment of the country’s population, particularly because it is perceived as not being for ordinary people. El Salvador made history by becoming the first country to recognize Bitcoin as a legal tender in the world. 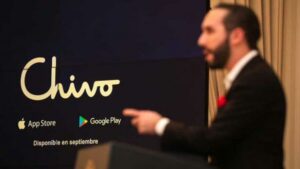 El Salvador’s acceptance of Bitcoin is accelerating, with the President reporting that 1.1 million Salvadorans had downloaded the app as of Friday, September 17, 2021. Given that Bitcoin only became legal tender in the country on September 7, 2021, these figures are quite impressive.

Many citizens still have trust issues despite the growth. For the time being, many Salvadorans do not trust bitcoin, with the majority of people – 70% – stating that they do not want to use Bitcoin for everyday transactions. President Bukele defied the International Monetary Fund (IMF) and the World Bank by declaring Bitcoin legal money, despite the IMF’s fears about Bitcoin and other cryptocurrencies becoming national currencies.

Over 1.6 million El Salvadorans now having access to a Bitcoin-based savings account. This is enormous, especially considering the little country’s population of 6,525,831. Almost a quarter of the population of El Salvador has now become banked.

President Nayib Bukele recently announced that the Central American country purchased 150 bitcoins over the weekend, valued at almost $6.7 million at current market rates. He made the announcement on Sunday night, shortly after the bitcoin price dropped from $48,000 to $46,000.

El Salvador is leading the road for other countries to embrace Bitcoin, with Cuba and Ukraine becoming the first to recognize and regulate cryptocurrencies.

Whether Salvadorans will embrace Bitcoin, in the end, remains to be seen, but further progress in education is required, necessitating collaboration between the commercial sector and government.

Also read: Mina Protocol: Everything you need to know