The case between Ripple Labs and the US Securities and Exchange Commission is well-known among individuals in the crypto business and community (SEC). For a long time, the case has been ongoing. Now the SEC vs. Ripple case has resurfaced.

What was the Ripple XRP Vs SEC case? 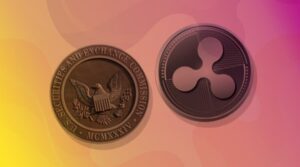 Ripple, Christian Larsen, the company’s co-founder, executive chairman of the board, and former CEO, and Bradley Garlinghouse, the company’s current CEO, obtained funds to finance the company’s business, according to the SEC’s complaint. According to the complaint, Ripple began raising cash in 2013 by selling digital assets known as XRP in unregistered security offering to investors in the United States and around the world.

Ripple is also accused of handing out billions of XRP in exchange for non-cash services like labor and market-making. According to the lawsuit, Larsen and Garlinghouse effected personal unregistered XRP transactions totaling about $600 million in addition to structuring and marketing the XRP sales utilized to support the company’s business.

SEC vs. Ripple case has resurfaced

According to the complaint, the defendants failed to register their XRP offers and sales or meet any exemption from registration, in violation of the federal securities laws’ registration restrictions.

However, according to the most recent court order, the final judgment and hearing would not be due until January 2022. Unfortunately, no one knows what prompted Judge Sarah Netburn to require both sides to submit specific papers.

Regarding the fact that these documents must be provided as quickly as possible, with a deadline of December 8th. As a result, Judge Sarah Netburn explains that in exchange for such a privilege, both Ripple Labs and the SEC must write letters detailing their claims against each other as well as their defenses. Furthermore, the Judge specifies that these letters must be no more than three pages long.

Now appears to be a critical stage for both the Ripple XRP and the SEC since they only have five days to resolve the issue.

Furthermore, it has been previously stated that earlier court decisions were purposefully biased in favor of the SEC. Furthermore, Ripple Labs’ request to the SEC for certain records, including emails and SEC employees’ crypto wallets, was denied. Furthermore, Ripple deemed the papers presented by the SEC to be wholly irrelevant to the current issue.

Despite this, Brad Garlinghouse, the CEO of Ripple Labs, is a firm believer in the concept. In addition, unlike prior court proceedings, both parties are now subjected to a good set of questions by the judge. Furthermore, the CEO claims that the judge is finally seeing that the problem is much bigger than Ripple alone.