On Monday, Infosys Ltd’s stock fell nearly 9%, wiping out Rs 48,000 crore in market capital, after numerous analysts lowered the company’s margin projections due to weaker-than-expected earnings for the March quarter. 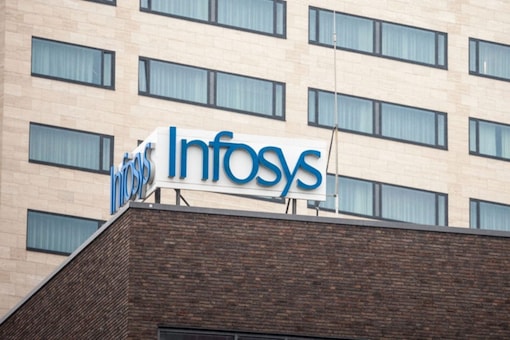 To account for the miss, Jefferies India reduced their margin forecasts by 100-170 basis points, resulting in a 21.9 percent margin in FY22. Nomura Research predicts a 100-basis-point decline in FY23F EBIT margin to 22%, as well as a 5-7 percent drop in FY22-24 earnings per share, owing to reduced margin expectations.

Due to the impact of contractual client allowances and a lower number of calendar working days, Infosys reported a revenue growth of 1.2 percent quarter over quarter in constant currency terms.

Infosys Limited is a multinational information technology corporation based in India that specializes in business consulting, information technology, and outsourcing. The company is located in Bangalore and was formed in Pune. By 2020 sales projections, Infosys is the second-biggest Indian IT business, behind Tata Consultancy Services, and the 602nd largest public company in the world, according to the Forbes Global 2000 list.

In February 1993, the company floated an initial public offering with a price of $95 per share against a book value of $20 per share. The IPO was undersubscribed, but Morgan Stanley, a US investment bank, “bailed it out” by purchasing a 13 percent stock share at the offer price. Its shares were first offered in June 1993, at a price of 145 per share.

In 1999, American depositary receipts for Infosys shares were listed on the Nasdaq stock exchange. It was the first Indian company to be listed on the Nasdaq stock exchange. By 1999, the stock had risen to $8,100, making it the most expensive stock on the market. Infosys was one of the Nasdaq’s top 20 businesses by market capitalization at the time. To give European investors better access to the company’s shares, the ADR listing was moved from Nasdaq to NYSE Euronext.