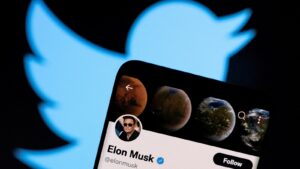 Musk says that the shareholders and board members of Twitter don’t see eye to eye.
Source: Hindustan Times Tech

Tesla CEO Elon Musk implied this week that the board members of Twitter and shareholders neither have aligning interests, nor are in agreement. On Saturday, April 16, the billionaire CEO took to Twitter to comment on the differences in the ‘economic interests’ of the board. He said how they are ‘simply not aligned with shareholders.’

Musk’s tweet comes at the time when the social media company attempts to block the billionaire’s acquisition bid of $43 billion. Musk’s bid to takeover the entire company, along with attempting to get in partners on it, isn extension of the recent occurrences. Other than that, he had decided not to join the board of directors of Twitter even after the Twitter CEO Parag Agrawal announced that he would.

Wow, with Jack departing, the Twitter board collectively owns almost no shares! Objectively, their economic interests are simply not aligned with shareholders.

As we know, Musk has always been a rather controversial user of the social media platform. He has never stepped back from expressing his opinions and thoughts on Twitter, sometimes even commenting about the platform itself. Recently, he had enhanced his connection with the social media company after buying 9.2% of its stake. This time, in his response, he referred to the co-founder of Twitter, Jack Dorsey, who stepped down from the position of CEO in November.

“Wow, with Jack departing, the Twitter board collectively owns almost no shares! Objectively, their economic interests are simply not aligned with shareholders,”

The tweet by the billionaire was a response to a user who mentioned a detail about the state of the board. He said that the present board members relatively owned few shares of the company in total. The user wrote the billionaire CEO is in for “a bad time.” He went on to say that he is unsure if Musk is prepared to face a few ‘PhDs, MBAs and a baroness’ who only own ’77 shares of the company.’

Musk came to be the largest shareholder of the company after acquiring 9.2% stake, coming to about 73 million shares. In fact, he was also about to join the board until he refused. He went on to bid on buying the entire company for $54.20 each share, about $43 billion in total.

Since then, the board has come up with the “poison pill” defence, also called shareholder rights plan, normally used to avoid aggressive takeovers. This plan could work by increasing the shares in the market. The increase could dilute Musk’s ownership stake, leading to him having to pay more to gain ownership of the entire company.