Key senators revealed an agreement to amend a cryptocurrency provision in the $1 trillion bipartisan infrastructure plan on Monday. A bill that would have limited government regulation of cryptocurrencies was defeated in the Senate on Monday afternoon. The bill is expected to be voted on again on Tuesday.

The bill, which is expected to pass the Senate soon, includes new tax reporting requirements for bitcoin and other cryptocurrencies transactions. This is estimated to raise $28 billion, which will go toward Senate infrastructure spending on roads, broadband internet, and other projects. Crypto enthusiasts have cautioned that the new regulations may affect not only brokers but also miners and other industry participants. 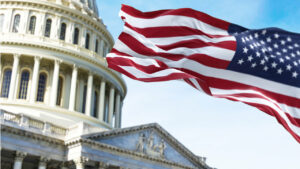 The Biden White House said it preferred a different amendment on the issue. An amendment to address the issue was rolled out last week by Democratic Sen. Ron Wyden of Oregon and Republican Sens. Cynthia of Wyoming and Pat Toomey of Pennsylvania.

On Monday afternoon, those senators announced a deal on the reporting requirement, saying they would use the unanimous consent process to enact their compromise measure. As of late Sunday, no Senate amendment on the matter had been passed, a move that Height Capital Markets analyst Edwin Groshans termed as “bad for digital assets” on Monday morning. However, as a result of the agreement, the situation improved. 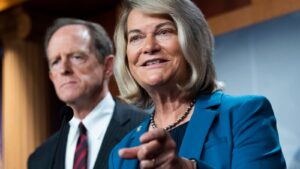 “We worked all weekend to come up with a compromise in the Bipartisan Infrastructure Framework to address the digital asset broker issue. While it isn’t perfect, Lummis noted in a tweet that it “protects innovation and doesn’t pick winners and losers.”On Monday, Bitcoin was soaring as traders monitored how it performed around a crucial chart milestone – its 200-day moving average.

The House of Representatives voted down a proposal to strengthen federal regulation of cryptocurrency. The amendment was defeated just hours after the Treasury Department said that it would not oppose a bipartisan accord in the infrastructure package over the proposed regulation of cryptos. Senators come to an agreement on a crypto amendment to a bipartisan infrastructure plan.

If you find this Informative then do share it with your friends and family!