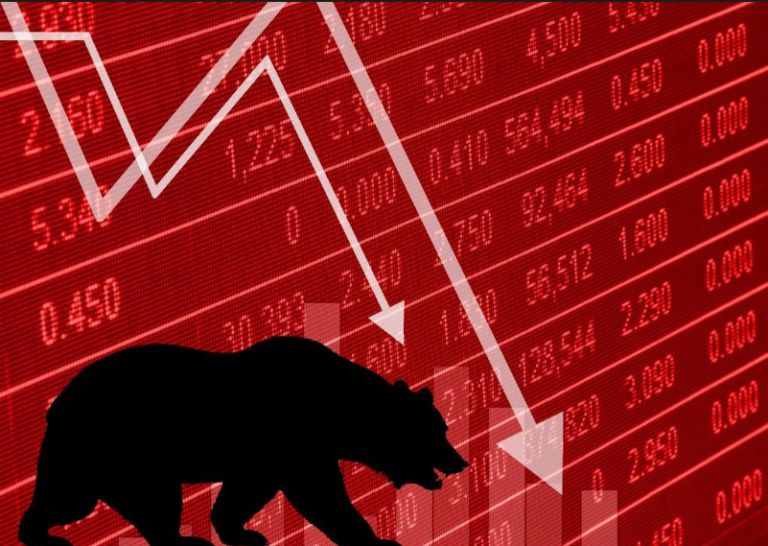 Major indices on the Indian stock market, Sensex and Nifty 50 declined on Friday after posting gains for 8 straight sessions.

The high possibility of deceleration in GDP growth of the Chinese economy and several remarks by officials at the Federal Reserve on hiking interest rates pushed the markets down all around the globe.

Renowned financial services institutions, Goldman Sachs and Nomura released their latest forecasts for the GDP growth of china which shows signs of slower growth in the second-largest economy in the world.

Statements made by James Bullard and Esther George, both members of the Federal Open Market Committee (FOMC) of the US Federal Reserve, made the markets dull and suspicious about the future. According to James Bullard and Esther George, they will need to continue increasing the benchmark interest rates in the US economy until the inflation level is below 2%, which is the target set by Federal Reserve.

Top gainers on Sensex were Larsen and Toubro, Infosys and Tata consultancy Services.

Out of 30 stocks traded on the index, only 3 stock were able to post any kinds of gains. All other 27 stocks tumbled down in the effect of negative global sentiments.

The top gainer on the Bombay stock exchange was Mercury Metals Limited. Baroda Extrusion Limited ended up being the top loser on the exchange.

Out of 50 stocks traded on the Nifty 50, only 6 stocks were able to make gains on Thursday. The rest of the 44 stocks tumbled down on the last day of trading this week.