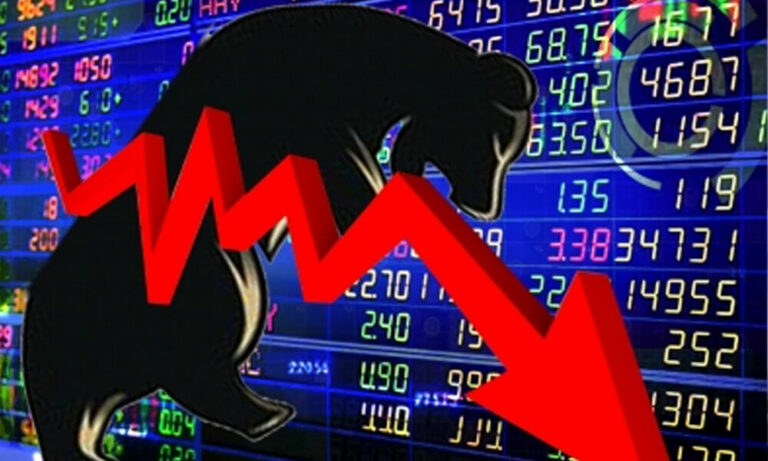 Benchmark Indexes of Indian stock exchanges, BSE Sensex and Nifty 50 again tumbled on Wednesday as European and US markets did not perform as expected. Inflationary fears in US also contributed to the fall.

This increase was due to domestic macroeconomic factors and good market performance by Asian markets such as Shanghai, Seoul, and Tokyo.

Only the Hong Kong market ended with lower points.

The positive sentiments provided by the performance of Asian markets didn’t last much longer, as European markets opened their day on a back foot.

Anticipation of inflation data in the United States for the month of June along with a bearish attitude in various global markets resulted in the Sensex plunging down after a good start.

HCL Tech reported its first quarter financials yesterday and performance was not up to mark as expected.

The company missed the target net income estimated by Bloomberg and with decreased EBITDA, the share price of the IT company suffered a loss of 10.05 (-1.08%) to close the market at 917.75.

After a string of losses, Infosys stocks did considerably well in the market on Wednesday as the company gained 6.45 to close the market at 1444.95.

In Nifty 50, Wednesday was a tough day to call as the index lost 91.65 points even when 27 stocks advances during the trading.

23 stocks closed their market in the red as the performance of global markets affected the share value of banking stocks, IT, Energy, and Oil & Gas.

The weakening of the Indian rupee against US Dollars and changes in the international market price of crude oil also were the main factors in today’s market performance.