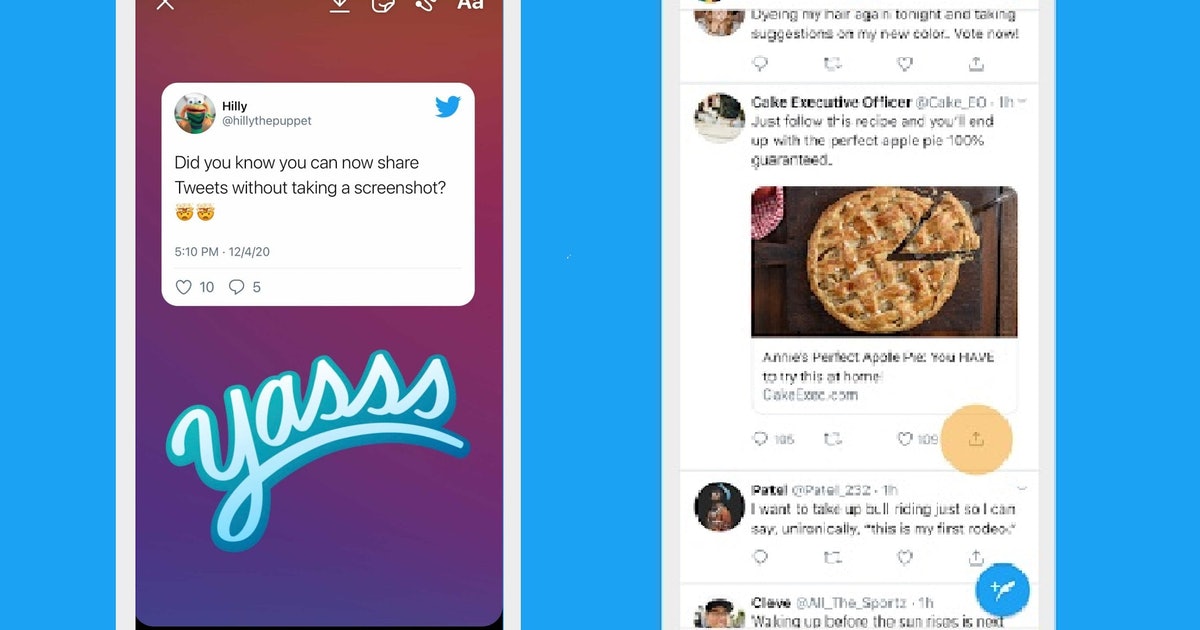 Twitter, the world’s most popular micro-blogging social media platform has recently launched its latest update and it is good news for iOS users. iPhone users can now share tweets directly from their Twitter for iOS app on to their Instagram Stories without clogging their iPhone gallery. So, no more screenshots!

As mentioned in a report by Engadget, Twitter started to test out this feature back in 2020 wherein it added support on Twitter for iOS app to add tweets directly to Instagram Stories. Until now, users were screenshotting tweets from Twitter and then adding the image on Instagram Stories to share it with their circle. This was one option but with too many steps involved, it became an inconvenience.

However, Twitter is not doing what was anticipated for so long. According to multiple reports, it is thereby confirmed that this current iteration of the feature update shares tweets on Instagram Stories as non-interactive images. This means that Twitter has not added any link on the shared IG Stories tweet that upon clicking by another Instagram user would re-direct the user to the complete original context of the tweet on the Twitter app.

Other than this, the direct share option on iOS will save users from taking hundreds of screenshots every day to share on Instagram and other social media platforms. Twitter does not want that and thus, a direct share option for Instagram Stories is something that we all needed but never knew we wanted.

I guess, this is what makes Twitter one of the most popular social media platforms of all time or rather, the most influential, if I must say.