India is a country of youngsters and this percentage of population has given rise to a new scenario where the social media has become an inevitable part of their lives. It holds a space which cannot be compared to any other element.

That is the prime most reason we see a huge growth in the number of active users on this domain. Most of the platforms have now been able to gather such a large consumer base that it can collectively be more than the entire population of many countries. There a lot of companies that have managed to make it to the unicorn club too.

The recent buzz in the social media sector is regarding this only. The prominent networking service Share Chat has entered the unicorn family with the help of a recent raise. The details regarding it are mentioned in the article.

The parent company of the Share Chat application Mohalla Tech with a recent funding. The amount has been $ 502 million in the round of Series E. The round was led by Lightspeed Ventures & Tiger Global. The company would also reach a valuation of $ 1 billion. The plans are now to get aggressive in the business by growing the user base and to become more efficient by creating technologies that are AI empowered.

The funding has also raised speculations that the application will also be funded by Google in the near times to come. After the $ 1 billion valuation; the company can invite funds from major players like Google, Snap Inc and twitter.

“We are at an exciting inflection point in our journey, where we are going after a massive opportunity with the right team in place and the backing of long-term investors who have a deep conviction in our mission. With ShareChat & Moj, we are well-positioned to build the largest AI-powered content ecosystem in India,” as quoted by Ankush Sachdeva, CEO & Co-founder, ShareChat.

Tiger global partner Scott Shleifer also believed that with internet penetration the platform will expand drastically. The partnership will be executed in an effective manner with rapid technological innovations. 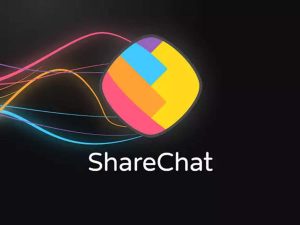 It is an Indian social media & networking service that is based in Bangalore. The holding company is Mohalla Tech Pvt. Ltd. Which was set up by three IIT graduates. It was founded in the year 2015 by Ankush Sachdeva, Bhanu Pratap Singh and Farid Ahsan . It has close to 180 million users and provides the facility to deal in 15 different languages. It gives the features of private messaging, tagging & personal messaging allowing users to send jokes, songs and other major social content.

During the time of pandemic; it has witnessed a tremendous growth which is close to 166%. The average time spent by the user is also 31 minutes.

This funding has come at a point where our country has emerged as a major consumer market for all types of media platforms. After ban of Chinese applications; the Indian apps have gained good share & response. The market still is quite huge & the services still can be more efficient.