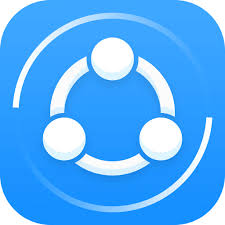 SHAREit has acquires movie streaming service FastFilmz. The deal size has not been disclosed yet. As a part of deal, FastFilmz founder Karam Malhotra will become the CEO of SHAREit India.

The acquisiton will allow SHAREit to expand its content catalogue and regional user base. The deal valued FastFilmz at around $13 million.

“We believe that in a mobile-first consumption environment like India, a platform like SHAREit is the answer to all their entertainment needs. We think adding FastFilmz to our product will help us enhance the engagements to millions of users. We are witnessing excellent organic virality so far and are at the forefront of a secular movement in media tech, which is the rise of massive simultaneous online social communities. We are very excited to work alongside the FastFilmz team to bring this experience to Indian consumers,” said Jason Wand, MD, SHAREit India.

“SHAREit has a huge user base and their loyalty towards the platform is incredible. My team and I are thus very humbled to be given the opportunity to serve this community and be associated with a brand like SHAREit. Indian users are spending nearly 60% of their time on their phones watching videos, movies, mobile TV. Thus SHAREit’s focus and promise to provide these users a new interactive form of engaging content is truly exciting,” said Karam Malhotra, Founder of FastFilmz.

The acquisition supports SHAREit’s vision of becoming one-stop entertainment solution by combining content, technology, and distribution in an interesting and inimitable manner.

SHAREit’ is a free application to transfer files from a Wi-Fi compatible device to another similar one. Users can use it to transfer files including photos, videos, music, contacts, apps and any other files. It has over 1.5 billion users globally.