Shiba Inu is now ranked 11th on the cryptocurrency list

Shiba Inu has kicked off the week with a bang, gaining over 5% and bringing its seven-day gains to about 400%. With a market cap of $14.82 billion, the Shiba Inu is now ranked 11th on the cryptocurrency list, casting off its foundation to welcome new pretenders to its meme coin crown. 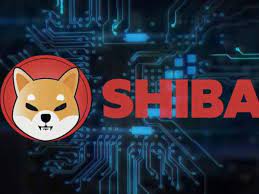 Image Source: All in one Crypto app

Significant cryptocurrencies such as Ethereum, BNB, Cardano, and XRP have been relatively stable over the previous 24 hours, whereas Shiba Inu has continued to rise. As a result, within the last week, the meme coin has become one of the most popular cryptos on the market. This month, the booming crypto, which was created in August 2020 by an unnamed founder, soared about 300 percent. This is a truly remarkable development.

The construction of the platform’s burn mechanism, for example, is one of the key contributors to the price valuation surge in SHIB. The launch of Shiba Inu’s DEX ecosystem, ShibaSwap, has also prompted a price increase in an altcoin. Users may trade, pool, and stake cryptocurrency using this new tool.

Elon Musk, the CEO of Tesla and SpaceX, has also contributed to the growth of cryptocurrency. On October 7, Mr. Musk shared a photo of his puppy, a Shiba Inu, on Twitter, which drew the attention of his massive Twitter following. The coin wants to hit the $1 mark in the near future. The tweet prompted a 40 percent increase in the price of Shiba Inu just a few hours following Mr. Musk’s remark. The coin’s surge parallels that of its competitor Dogecoin at the start of the year.

With a market cap of $29.38 billion, Dogecoin is now the tenth-largest cryptocurrency. In May, it reached an all-time high of about $0.74, before momentum slowed and the meme-price coins fell.

The Shiba Inu has successfully removed one zero from its price after more than four months of slumber. Some crypto specialists, however, have warned that the Shiba Inu rise is unlikely to last.

According to Eric Demuth, Co-CEO and Co-Founder of Bitpanda, users have experienced a similar rally to that seen with Dogecoin. These new coins, he says, are very community, buzz, and fun-driven. He went on to say that the meme currency does not use any new technology or examine problems in the same way that bitcoin or ethereum do.

Nonetheless, he acknowledges that the meme currency, as well as others, is relevant in today’s market. The new coins, according to Demuth, symbolize a modern, community-driven financial revolution. He concludes by stating that Bitpanda would be adding some of them shortly as well.

Bitcoin, the most valuable cryptocurrency by market capitalization, has risen past $57,000. The digital currency gained 1.2 percent in the last 24 hours as investors hoped for the approval of a bitcoin exchange-traded fund (ETF) soon. Bitcoin is expected to overtake other crypto assets this month, according to several analysts.