Shiba Inu hit new highs over the weekend, becoming the 11th-largest cryptocurrency by market capitalization. According to CoinGecko.com prices, SHIB was up 50% in the 24 hours through 10:10 a.m. New York time on Sunday, and had hit a new high earlier in the day. 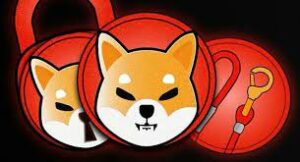 Almost 300,000 people have signed a Change.org petition urging Robinhood to add SHIB to its platform. In the last year, the token has increased by more than 40 million percent.

In an email, Sunday, Jonathan Cheesman, head of over-the-counter and institutional sales at crypto-derivatives exchange FTX, said, “Memes have value and have been an investible thesis in 2021.” “Lower dollar-price tokens are appealing to consumers,” he said, citing the fact that investors can still buy more than 20,000 SHIB for $1. Several non-fungible tokens (NFTs) and utility token have also been removed from the SHIB ecosystem.

The SHIB ecosystem has also released several non-fungible tokens, or NFTs, which are now sold out, though other packs are promised to arrive soon. “It’s hard to guess on the true reasons for price swings with such meme coins, in all honesty,” Vijay Ayyar, head of Asia-Pacific at crypto exchange Luno Pte., said in a message Sunday. “However, some unique communities are springing up around them,” says the author.

According to CoinGecko, Dogecoin has also increased in value in the last 24 hours. It is worth roughly $33 billion, whereas Shiba Inu is worth around $21 billion. Both have the potential to be highly explosive. “Yes, that’s right — there are two doggy meme coins in the top 10″ cryptos excluding stablecoins, Cheesman said. “Don’t short things Millennials think are funny”.

According to CoinGecko.com’s pricing as of 9:30 a.m. on Monday, SHIB, as the cryptocurrency is known, was down 15% from its all-time high reached on Sunday Hong Kong time. The token, which is based on a Japanese hunting dog breed, has increased more than 400% in the last 30 days to become the 11th-largest in terms of value.

By sharing a photo of his puppy, Elon Musk helped Shiba Inu climb the ranks of the most valuable cryptocurrencies by market capitalization. After he stated that he does not hold any meme tokens, the token is now down.

Mr Musk, who has frequently praised Dogecoin on social media and remarked on cryptocurrencies in general, replied, “None,” to a Twitter user who asked how many Shiba Inu he owns. In a subsequent tweet, he stated that he had purchased Bitcoin, Ether, and Dogecoin, and that “that’s it.”