Shiba Inu (SHIB) token plummeted again on Thursday, November 4, putting the decentralized meme cryptocurrency even further away from its all-time high of $0.000088, which was only attained last week. 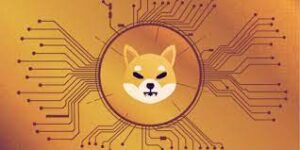 The token’s price has been on a downward trend over the past few days, following a huge spike around the end of October. Since October 28, when the asset decreased from $44.57 billion to $29.73 billion on November 4, SHIB has lost a total of $14.84 billion.

Concerns regarding Shiba Inu’s majority holders have been raised in the last 24 hours. Only ten people own over 71 percent of the cryptocurrency’s tokens, and one of them is said to be transferring a large sum of money around the network.

One whale, in particular, transferred 40 trillion tokens (equal to around $2.3 billion) from one wallet to four others. This has fueled the conjecture that the whale, whomever it is, is planning to dump their holdings. If that’s the case, it’s unclear whether the wallet activity has anything to do with it.

Remember when everyone was wondering if the guy who turned 8k$ into 5 billion actually lost access to his wallet?
Turns out he didn’t and just started moving some of his $SHIB

Shiba Inu supporters flocked to social media to vent their anger after the Kraken trading platform failed to add the Shiba Inu coin to its list earlier this week. The token was supposed to be added on Tuesday this week, according to the site.

Smaller retail investors’ enthusiasm in Shiba Inu may not be waning, as the platform passed the 900,000-holder mark on November 3, acquiring over 80,000 new holdings in less than a week.

Despite the price drop, dog-themed meme coins remain popular, as Dogecoin (DOGE) and Shiba Inu have climbed to become the most popular digital assets on India’s cryptocurrency exchanges, with the largest trading volume in the past week.

According to Hindu Business Line, Dogecoin accounted for 13.76 percent of total trading volume on the CoinSwitch Kuber exchange between April and October 2021, followed by Ethereum at 6.06 percent and Bitcoin at 6.04 percent.

Internet Computer (5.08 percent) and Polygon’s MATIC (4.52 percent) were two other assets that contributed to large transaction volume. “Interestingly, Dogecoin, a popular cryptocurrency born out of a meme, has been on an uptrend, rallying in the last six months, even surpassing widely used cryptos, Bitcoin and Ethereum,” said Sharan Nair, CoinSwitch Kuber Chief Business Officer.

Not to mention that, according to statistics produced by Finbold, interest in the search term ‘Buy SHIB’ has hit a three-month high on Google Search, according to Google Trends figures, which evaluate the popularity of search queries online.