There is a buzz that the popular social e-commerce platform Shop 101 is in talks with Reliance & Amazon not for funding but for the most obvious reason of acquisition. Let’s get into details to understand the reasons & strategy ahead.

It is basically a social e-commerce company set up in 2015 by Abhinav Jain & Aditya Gupta. It provides the facility of selling online through various social media platforms like WhatsApp, Facebook & Instagram. The investment required is equal to zero. It is basically a platform to housewives, college students & graduates that are given the opportunity to resell an extensive range of products.

The headquarters is in Mumbai.

They have by far catered to 90 Lakh individuals across the borders in order to give inventory management, logistics, proper payment support, and a wide range of supply.

The prominent investors are Stellaris Venture Partners, Kalaari Capital, Unilever Ventures, Vy Capital. The three rounds of funding have been successfully conducted popularly known as Series A, Series B & Series C. It has been the applicant of major technologies like Builtwith, Viewport Meta, and Google analytics. The total funding amount raised up till now is $ 19.9 million.

DETAILS ABOUT THE EXPECTED ACQUISITION

The talks are in the early stage and the timings are quite strange as the company right now struggles to bring in a significant amount of capital.

The sources have said that“Shop101 has been in talks with Reliance and Amazon to discuss acquisition possibilities for the past few months. Given the rise in scale of segment leader Meesho, Shop101 has been struggling to rope in new investors,” 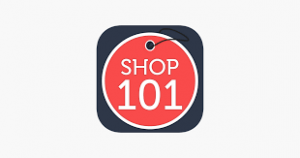 The company has recently raised Rs. 17.2 million from the existing investor list. In case; Reliance confirms the deal; the company will officially be the fifth firm from the Kalaari Capital portfolio that is acquired by the Ambani group. Up till now; other Kalaari companies like Zivame, Haptik, Embibe & Urban Ladder have been procured by the Reliance group.

WHY SUCH A DECISION??

Either the company has a lot of success coming in the near future or the company is ready to face a major threat. Similar is the situation with Shop 101.

A 5 year-long journey still the company stands in a very dismal position. The company was struggling to get a 1 million download on the application version between December & March. Since the time of inception; there are just 10 million downloads.

Its competitors majorly Meesho have more than 25 million downloads in the past covid period rebound period. In total it has 84 million downloads. This is enough to indicate that the market in the reselling business.

The facts are straight and they have surely set no other options left for the company apart from getting into the system effectively. Getting acquired is not a blot; rather if you take a unprofitable company it would surely be a thing that would be dealing your future prospects quite seriously.

The business has only two options for people who are ready to be a part of market; one being in the competition & the other trying to avoid it. Trust me; acquisition is the best way to do the latter as the former is not that easy.