PINE LABS KEEPS AN EYE ON US IPO

Being a company already gives you the opportunity to serve the public but the decision to go public through your offerings with the help of IPO also holds a significant important place as it helps the company to establish its market place quite strongly.

The fintech start-up Pine Labs has made its plan to strike the US markets with its IPO. The major details regarding the information are as follows.

The company was founded in the year 1998 and had arrived with a main motive to focus on the card-based payment mechanisms especially for the retail petroleum industry. Then slowly after 10 years; they chose to enter the mainstream market by offering major financial services.  They also entered the Malaysian market with a partnership with CIMB Bank.  It now provides 21 financial services across 100 brands and is planning to look ahead.

It is known by the major merchant platform company that has a valuation of $ 1 billion.  The investors include major players like:

More than 70000 retailers across the country 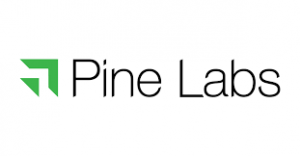 The company’s valuation was recently to more than $ 2 billion. This clearly signals that the trajectory of growth was constantly fueled up by the amount bacl up. The company’s funding structure can be understood very easily by looking at the details mentioned in the table below:

The company straightaway after getting valued at $ 2 billion started to discuss with four merchant bankers to make this figure touch an amount of $ 5 billion. This make the company an addition to the list of start-ups planning to go global & get listed on the national & international markets in the coming 12 months.

They are prominently looking to work with major fintech players like JP Morgan, Citi, Morgan Stanley. South East Asia expansion is also on the cards.

The company right now is more focused at ‘buy now & pay later’ product that almost cover 90% of financing for consumer purchases. The recent launch of application also triggered the market as it provided the facility to connect with merchants through a new field communication via a debit or credit card using your point of sale machines.

Fintech has a glittering future ahead only when you have the requisite acumen to decide when, what & how to do. Every step is a step into future and it can take you leaps forward as we today have no option left apart from getting into this area.

Pine labs has definitely taken a big step but the much needed step as it has not only planned to go global but to establish its foot in the markets by gaining trust & confidence.