After WhatsApp’s new privacy policy parameters, which have been widely panned in recent months, Signal messenger was subjected to a great deal of scrutiny. As a result of the free exposure, privacy-focused tech has raced to introduce more user-friendly features. As a result, Signal has revealed the launch of a new switch chat feature to its beta app, which allows you to switch your chats to a different device quickly and easily.

For the restore to function, Signal only allows you to make a local copy, which you must manually transfer to the new computer. The new tool helps you to easily move your entire account; additionally, the connection between your two phones is end-to-end encrypted for added security.

Signal’s Disadvantages Over Other Messaging Platform 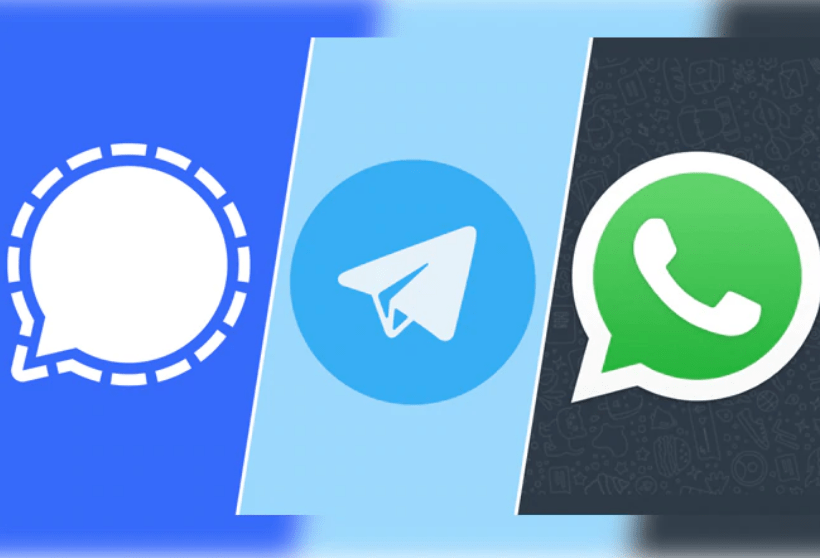 One of the many drawbacks of using Signal over WhatsApp is the absence of a seamless migration feature. While the messenger encourages users to switch their chats to another machine, the protocol allows them to make a local copy, pass it to the new system, and then restore it to retrieve their messages.

On the other hand, apps like WhatsApp and Telegram take a far more concise approach. Signal had to release a fresh, more integrated solution so this could be a deal-breaker for those users looking for WhatsApp alternatives.

The conversion feature is currently only present in Signal beta v5.5.1, and for the change to work, both phones must be running this update. It should be available to the general public until it has entered a healthy state. You should also sign up for Signal’s beta programmer in the meantime. We’ll keep you updated as soon as the stable update is out.

What This New Feature Be All About? 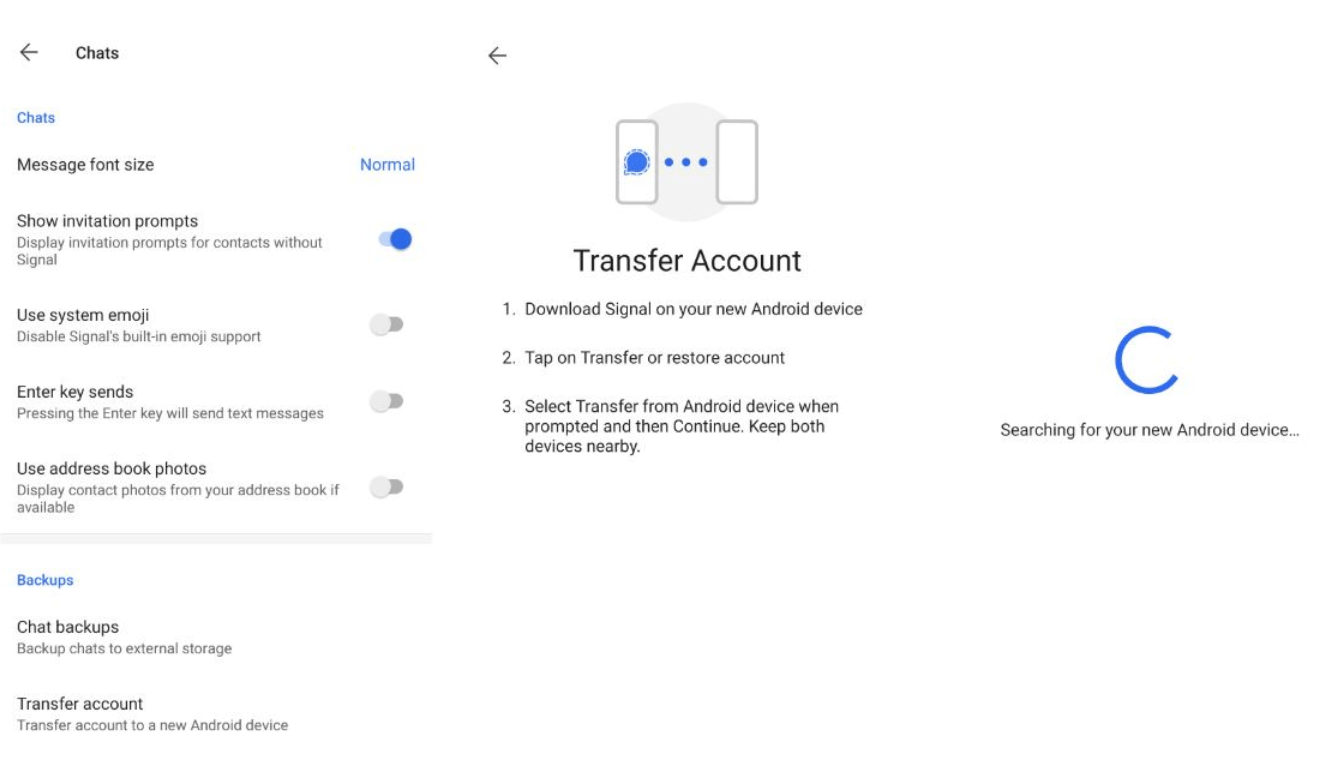 New Feature From Signal To Transfer Data To New Device

This new feature gives a quick and transparent degree of security by encrypting backups from beginning to end. Many who have signed up to be Signal beta testers can notice the latest “Move Account” feature in the app’s Chat Settings.

Users must log in to Signal on the current device > Transfer or Restore account > Transfer from Android Device > Continue to transfer all Signal data to a new account. In the future, keep tuned to our blog for more tech-related coverage.