According to Singapore Telecommunications, the second-largest telco in Australia, Optus, suffered a significant cybersecurity compromise 12 days ago and announced on Monday that it was evaluating the potential costs.

SingTel sought to address rumors that it could have to pay a significant compensation cost in its second statement on the theft of sensitive information from 10 million users.

It claimed that despite having hired attorneys to assist it, it had not received official notification of a class action case. 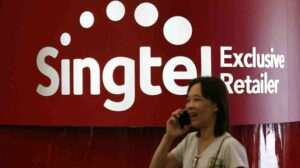 SingTel issued a statement stating that it will “vigorously defend” any class actions that were filed.
The Australian government accused Optus of being responsible for the breach over the weekend, which affected the equivalent of 40% of the country’s population. The government claimed that clients were vulnerable to financial fraud and pressed the business must take additional steps to alert those affected.

An individual who has not been named claimed last week that they had published the personal information of 10,000 Optus customers online. Customers who have been informed of the breach were asked by the authorities to cancel any exposed passports and other identification documents.

The company stated that it is “continuing to analyze the potential financial ramifications emerging from this incident” and that it would promptly inform the market of any significant developments.

Slater & Gordon and Maurice Blackburn, at least two significant law firms, have stated they are looking into the possibility of filing a class action lawsuit against Optus to seek compensation for anybody impacted by the incident.