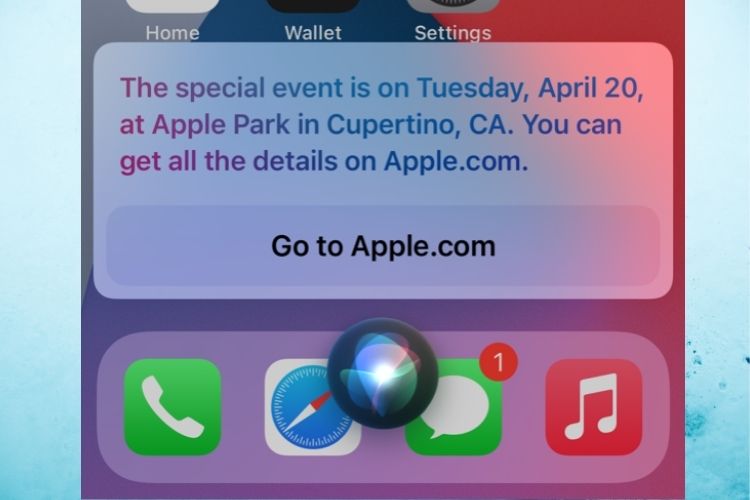 Apple Inc., the iPhone maker has always been known to keep its secrets when it comes to new devices and upcoming events but this time, it may have notoriously played a new tactic. According to MacRumours, when you ask Apple’s voice assistant Siri about the next Apple event, it will respond by saying that the next Live event from Apple is scheduled on April 20th i.e., Tuesday, at Apple Park in Cupertino, California. Siri also mentions that users can get additional information about the event on Apple.com. Isn’t this absolutely hilarious? Well, it sure is a smart move to make some headlines, if done purposely and if it is a mistake, then LOL Apple!

There have been certain reports that suggest that Siri is only responding with this reply in some instances, but I just tried and it actually says that the upcoming Apple event is scheduled on Tuesday, 20th of April at Apple Park, Cupertino.

However, it is an open secret as quoted by Engadget that Apple will hold a virtual event by the end of April and everyone was only waiting for the official confirmation to come out. Well, here is your confirmation given by Apple’s very own virtual assistant- Siri. There have been several speculations suggesting that Apple will launch two new iPad variants, one of which will be an all-new iPad Pro. The industry is excited about the rumoured inclusion of Mini LEDs in the 12.9-inch variant of the iPad Pro, but again there are reported from trusted sources revealing that Apple may launch the new iPad Pro in the event but its availability will be delayed due to reported scarcity of the Mini LED displays. Whatever the situation, the Apple event is just around the corner for everyone to know the facts.

As we all must know that the electronics and automobile industry is facing an ongoing global chip shortage because of which there are inevitable production and manufacturing delays. Rumours suggest that Apple’s next iteration of MacBook models might also get delayed if the issue with the supply chain is not resolved at the earliest.

Although, Siri revealing Apple event details is very unusual for the company as in usual practice, the iPhone maker sends out official invites to the press, a week before the event and according to that, the company should be rolling out official confirmation anytime today or tomorrow.

Anyhow, there are strong speculations that Apple might also launch their Tile competitor, Apple AirTags Bluetooth tracker on the 20th of April.