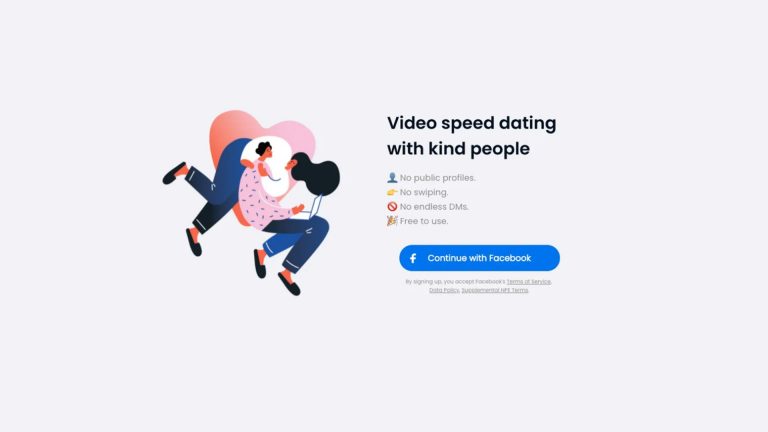 Facebook has recently announced to begin testing of a new experimental application called “Sparked”. Apparently, it is a speed dating app, a brainchild of Facebook’s NPE Team (New Product Experimentation) which was launched by the company back in 2019. This group is specifically designed to build apps for consumers as an experiment on whether it will work in the market of today or not. However, according to multiple reports, most experimental apps get trashed right after their testing stage.

It looks like Facebook is getting deeper into the dating game on the internet, competing with Tinder and other major players. If this experimental application, “Sparked” is approved by the social media conglomerate, it might become a part of “Facebook Dating” which was launched in the United States back in 2019 as well.

Sparked is supposed to be a speed dating application that would give only four minutes to users engaging in a rapid-fire round. If both the parties enjoy each other’s company together, they can continue the game for another 10 minutes round wherein the users would have to share their contact details in order for them to stay in touch. Isn’t this cool? According to multiple reports, understanding the functioning of the dating application, it is nothing similar to Tinder with any swipe feature of any other dating app on the market.

As mentioned in a report by The Verge, the free dating application does not require the user to make public profiles like Tinder, Bumble and other conventional dating apps. There is no swiping to accept or reject another person and believe it or not, the app does not have a functional direct messaging software as well. You might be thinking that the application must be in the formative stages as it is experimental, but this is the final version of the Sparked application as submitted by the New Product Experimentation team. The speed dating app is only available for your web browser as of now and has not been developed for iOS or Android smartphones, but this may or may not change in the future if Facebook approves the application.

As mentioned in a report by Engadget, the Sparked dating app is based on kindness. When a user signs up on the platform for the first time, he/she is asked “What makes you a kind dater?” When the user answers this question, it sent to the response team for approval and once the response is approved, only then will the user be allowed to start his four minutes dates. A user can choose his/her preference of dating from “Men”, “Women” and “Non-binary” people.