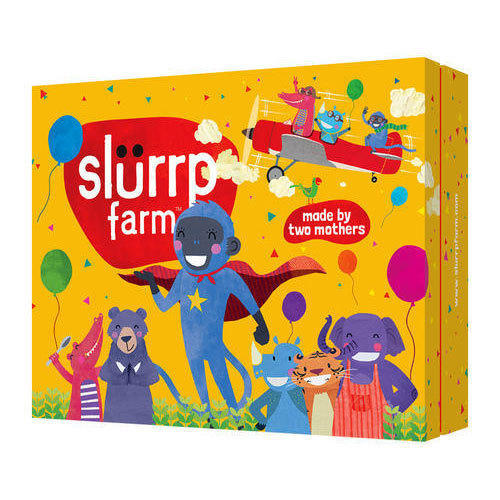 Slurrp Farm is a one-stop platform for 100% organic and healthy food products for children and fitness-oriented families.

The Gurugram-based start-up has recently announced to raise USD 2 million in funding in its latest Series A financing round which was led by Fireside Ventures, a Bengaluru-based early-stage investor company.

The start-up was founded back in 2016 by two mothers who were looking for healthy food options for their own children. On researching about the same, they realised the problem of market gap between demand and supply as other parents and mothers were struggling with the same concern.

They recognised a problem and embarked on their entrepreneurial journey with Slurrp Farm providing health grain option that specialises to be cent percent organic with no added preservatives, no added flavours, no trans-fat, no artificial colours and no other ingredient that could possibly harm the child in any way.

Coming back to the funding, the organic venture plans utilising these funds to increase their product innovation, increase their inventory to cater to the increasing demands. Apart from this, entrepreneur.com mentions in their report that the company even plans to deploy these freshly acquired funds for improving their sales and marketing.

Furthermore, the brand is available in over 600 retail stores and Slurrp Farm aims to strengthen its Direct to Consumer (D2C) supply chain by strengthening its team. According to reports, the start-up has its footprints in India, UAE and Singapore.

According to the company profile on CrunchBase, Slurrp Farm has raised total funding worth USD 3 million in over 2 financing rounds and it claims to have witnessed a three-fold growth in sale since February 2020.

The company claims to have been highly profitable during these past six months of the COVID-19 induced lockdowns. With everyone forced to stay home, people have turned their heads towards fitness and health and this mentality has given a boost to healthy eating and lifestyle changes which have highly benefited Slurrp Farm.

The start-up founded by two Indian mothers claims to have recorded an Annual Recurring Revenue (ARR) growth of 300% during the past six months and aims to hit a target ARR of USD 5-6 million by 2021, according to Entrepreneur.