Augmented Reality (AR) has played a major part in delivering futuristic visuals to its users in the present. By incorporating fractions of digitized interactive images in the real world AR has been able to make tasks much easier. It allows us to realize what a world with digitized features will look like. It also assists in a lot of resource conservation and serves as a means for trial and error procedures.

A patent submitted by the tech giant Google shows how it is working on developing a VR system that won’t glitch up the virtual interface when the users hands cross over. They have depicted a user wearing a headset. This headset is capable of projecting a virtual keyboard and a screen in front of them.

Google has made use of a VR office set up in its patent diagrams. This could also mean that this technology is most probably going to be released for the office use. Once given the green signal it could be a very important development in the VR sector as most of the offices have shifted to work from home mode due to corona virus pandemic. It has been found out that most of the employers and employees actually prefer this setting.

Another tech startup called Meta had come up with smart glasses capable of fully customizing the workplace and replacing the computers. The virtual setting is created by employing Augmented Reality (AR). In order to avail these visuals the users have to wear a Meta 2 headset powered by a PC.

This headset is equipped with a camera, two sensors and a gyroscope. With the help of this the user can create their own workspace fully equipped with shelves containing the apps and features. To use or work on an app the user must reach to the shelf. Once they have made the decision on which app to use they can place it anywhere in their space.

This shelves are mobile, which means they can be moved according to the user’s convenience. The screens projected too can be rotated and resized. These glasses allow the user to open multiple windows and multiple monitors. Not only that this system can also provide toy apps. And also a virtual musical instrument.

As the time passes and the technology advances more and more companies are now incorporating virtual reality and augmented reality in their products. This not only helps them to perform better but also increases the ease of use for the user. Both these technologies make it possible for users to visualize the concepts in a better manner. 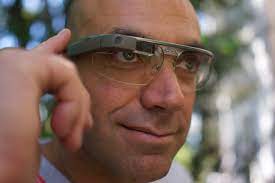 As more and more people and offices are using Augmented Reality (AR) and Virtual Reality (VR) there has been a decrease in the cost of this technology. This phenomenon has also led to the rise of real time data and Internet of Things (IoT). This market is predicted to grow from $5.1 billion in 2020 to $115 billion by 2035.

Sandra Marshall, chief technologist, strategic innovation group at Booz Allen Hemilton says, “The applications are limitless, from monitoring energy consumption and security in real time to helping hospitals analyze the potential of contagion spread through a facility, to enabling stakeholders to ‘walk the halls’ of their future building prior to construction.”

This Is A Device Which Can Be Used To Convert Your Food Waste To Nutrient-Rich & Odorless Compost, Checkout

New York sued for $15 broadband, a countermove by broadband industry

Get you own Dogecoin beer and chocolate bar today!