The smartphone industry of the country has recently been hit hard by issues in the supply chain. This issue started during the end of the 2021-2022 fiscal year, last quarter and has dragged on since. 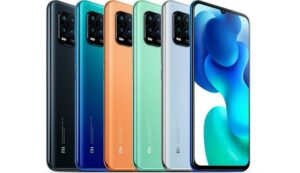 Over the past few years, the smartphone business in the country has been booming as the market has penetrated through all walks of life. This is due to the fact that budget phones have really taken over the country. Budget phones have really been a boon for the Indian market including the tech industries as businesses can now reach massive sleuths of people through online stores and online advertising.

Even during the coronavirus pandemic and the lockdowns that were enforced by the government, the smartphone market still grew leaps and bounds and experienced more growth than other developed and developing countries across the world. In fact, the lockdown helped the industry grow as educational institutions moved towards online modes of education which forced people to purchase smartphones to resume their education. During the pandemic, the industry still managed to hit double figures in terms of growth.

The government, experts, and the public expected the trend to continue with growth hitting double figures again, so a tiny 2% growth, especially at the start of the new fiscal year is the last thing people would have expected.

The smartphone industry is now dominated by budget phones considering the size of the middle class in India. The top selling phones in the country last year were Xiaomi, Samsung, Realme, Vivo and Oppo. All of their biggest selling phones cost under Rs. 20,000 which is where the budget lies for most Indians. Apple on the other prices their phones well over Rs. 60,000 which is automatically out of budget for almost every Indian.

After Russia attacked Ukraine, the oil prices around the world started to rise and it has not stopped since. The price of petrol diesel in cities in India has crossed the Rs. 100 per litre mark. Due to this as well, vendors are finding it difficult to supply phones.