That’s a question posed by strategists at Bank of America, who noted Friday that investors pulled $17.5 billion out of global equities over the past week, making for the biggest weekly outflow so far this year.

They cautioned that those outflows could well deepen. Since Nov. 2021, Nasdaq peak inflows to stocks have occurred in 16 of 20 weeks, for a total of $229 billion, while private clients bought stocks 17 out of 20 weeks, pointed out Bank of America’s Michael Hartnett, who provided the below chart: 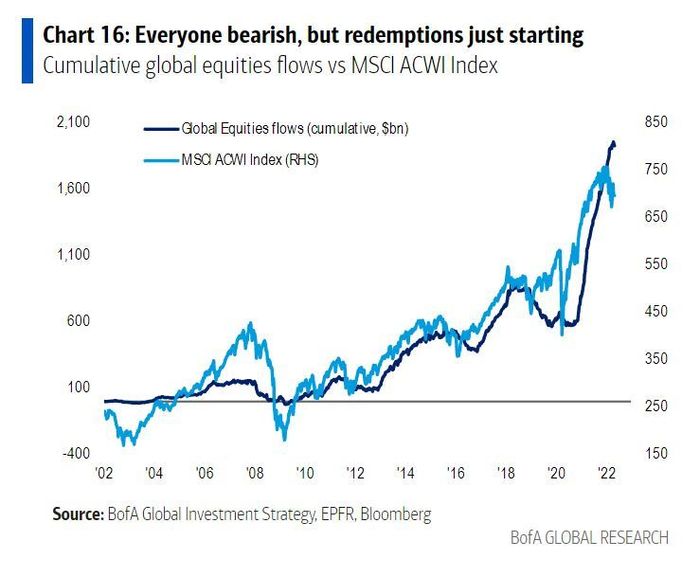 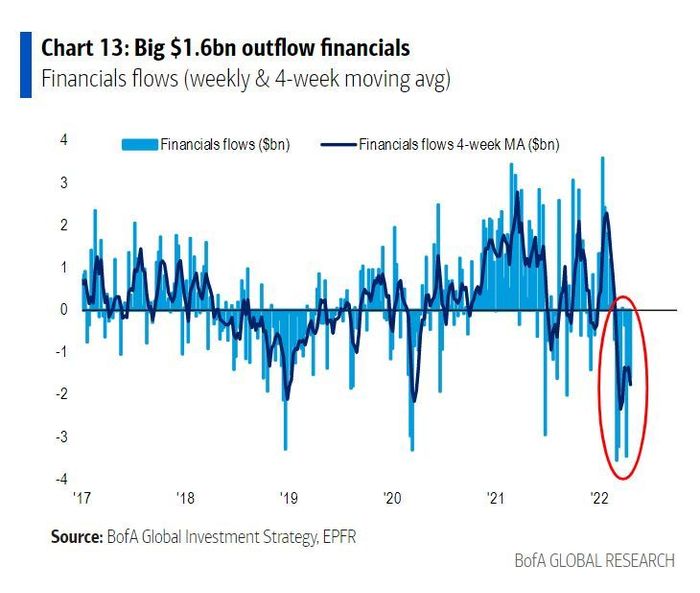 Stock-market weakness picked up Friday where Thursday’s selloff left off, when equities tumbled into the afternoon after Powell added his support for moving faster on raising interest rates to cool inflation, measures that would include a possible 50 basis point interest rate hike in May.

Powell’s remarks appeared to make a half percentage point rate hike the base case, with the central bank also likely to announce the beginning of the unwinding of its balance sheet, Kramer said.

Meanwhile, traders of fed funds futures have priced in a 94% chance that the Federal Reserve will deliver a 75 basis point rate hike in June, up from 70% on Thursday and 28% a week ago, according to the CME FedWatch Tool.

Stocks trimmed losses somewhat in afternoon activity after Cleveland Fed President Loretta Mester, in a television interview, said she remained in favor of 50 basis point rate increases, but saw no need for the “shock” of a 75 basis point increase. The bounce proved short-lived, however, with stocks falling to new session lows ahead of the closing bell.

How did stocks trade?

The Dow and S&P 500 on Friday posted their lowest finishes since March 15, while the Nasdaq closed at its lowest since March 14.