Snapchat has been seeing a good boost in the usage of its app due to the pandemic. It has even recorded a huge 249 million active daily user and posted great Q3 results. As the results were out, Snapchat’s shares jumped by as high as 25% with a gap up opening the next day. The shares were trading at $28.41 and jumped to $35.04 the consecutive day.

Snapchat is an American camera and social media company founded in 2011 by Evan Spiegel and Bobby Murphy. Their main offering is the app that people use to share disappearing images and videos ones seen. The other products they provide are the Bitmoji app that can be used to create cartoonish character resembling oneself and the Snapchat spectacles. Recently with the launch of OnePlus 8t, the brand has even partnered with Snapchat to bring Bitmoji to always on-screen displays on their smartphones.

The wealth or value of the co-founders of Snapchat Evan Spiegel and Bobby Murphy before the announcement was $1.3 Bn and $1.4 Bn respectively. But post announcement of the 52% jump in sales to $678.7 million their valuation became $6.9 billion and $7.2 billion. These numbers were reported by the Bloomberg Billionaires Index. 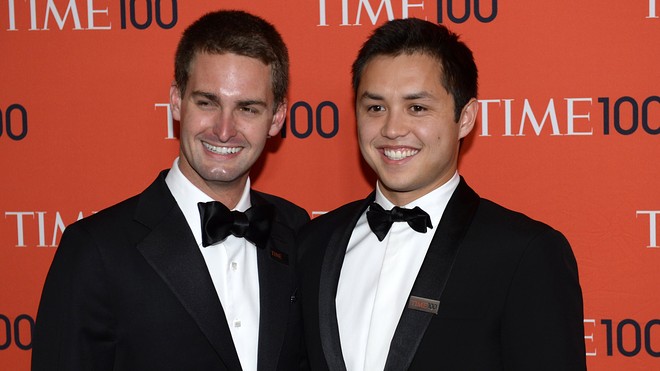 Evan Spiegel made over $200 Mn by stock sales between January and September due to the high prices. In 2020, the price of Snapchat’s shares rose by over 74%. And has been a huge factor for the increase in the co-founder’s wealth.

In 2020, Snapchat reported that their losses have narrowed down to $200 Mn or 14 cents a share. It even posted a profit of 1 cent a share after excluding some costs. This was quite good because the analysts predicted a 5 cents per share loss. If the positive trend for Snapchat continues we might soo see it going into profits in a few quarters.

Covid has definitely affected the business of many companies adversely. But many tech companies have come to enjoy huge profits and so have their founders and CEOs. Eric Yuan, CEO of ZOOM, made over $6.6 billion in a day last month while Jeff Bezos’s wealth rose from $75 Billion to $190 Billion in 2020.

what are your thoughts on the huge profits made by the CEO’s of tech companies amidst the pandemic? Let us know in the comments below. Also, if you found our content informative do like and share it with your friends.