Snapdeal raises USD 500-mn from Alibaba, Foxconn and others 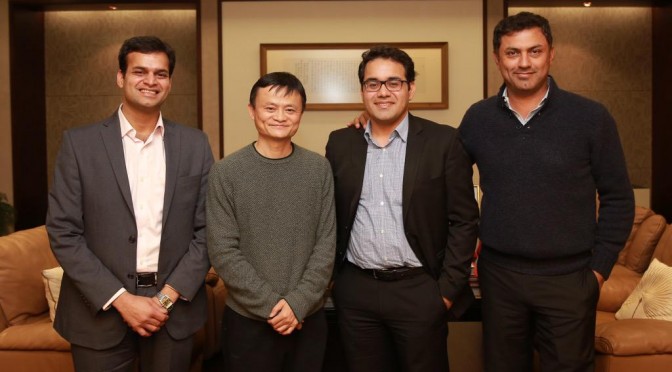 New Delhi, Aug 18 (PTI) : Online marketplace Snapdeal has raised USD 500 million (about Rs 3,269 crore) in a fresh round of funding from a clutch of investors led by Alibaba Group, Foxconn and SoftBank.

Existing investors Temasek, BlackRock, Myriad and Premji Invest also participated in the latest funding round, Snapdeal said in a statement.

As per market estimates, the new round would value the city-based firm at about USD 4-5 billion.

“We see this milestone as a significant endorsement of Snapdeal’s strategy and commitment to create life changing experiences for millions of small businesses and consumers in India,” Snapdeal Co-Founder and CEO Kunal Bahl said.

He added, with global leaders like Alibaba, Foxconn and SoftBank supporting the company, its efforts towards building India’s most impactful digital commerce ecosystem will be propelled further, enabling it to contribute towards creating a Digital India.

PE firms and angel investors are aggressively funding start ups and internet-led businesses in India, targeting higher returns in the years to come.

Rivals Flipkart and Amazon have also committed to invest about USD 8 billion over the next few years in India, where eCommerce is growing at a blazing pace, driven by affordable smartphones and increasing internet penetration.

Recently, Foxconn founder Terry Gou said that India is a key market this year for his group.

SoftBank, too, has been aggressively investing in India acquiring stake in internet- led businesses like Snapdeal, Ola and OYO Rooms.