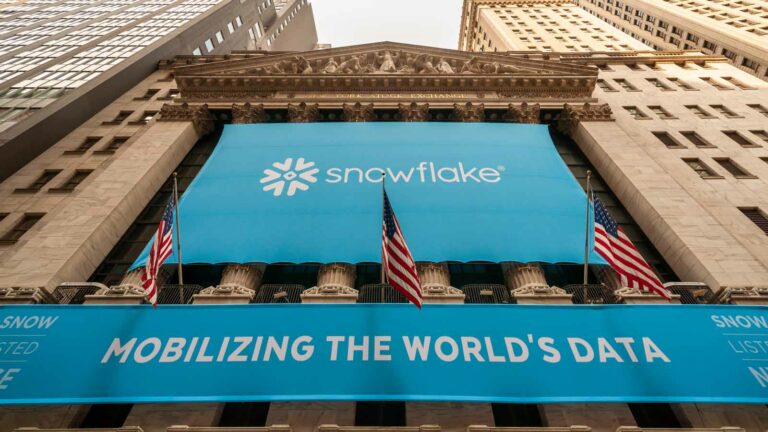 Snowflake(SNOW) stock is on a roll after earnings report

The shares of Snowflake (SNOW) soared on Thursday after the data-analytics software firm revealed mixed second-quarter earnings and analysts upped their price estimates.

Snowflake is a cloud platform that offers fully managed storage as well as numerous scalable and accessible compute instances on demand. If a warehouse is inactive for a period of time, Snowflake will automatically suspend it and restart it in seconds when a query is run against it.

According to the Fly, Mizuho analyst Gregg Moskowitz raised his price objective to $340 from $320 while maintaining a buy recommendation on the stock. According to Moskowitz, the firm had a “very excellent” second quarter, with “substantial” sales upside fuelled by broad-based consumption increases. Snowflake, he claims, is demonstrating far greater operating leverage than predicted.

Derrick Wood of Cowen increased his price objective on Snowflake to $335 from $310, while maintaining an outperform rating on the stock. Strong growth in seven-figure agreements was noted across all locations, sectors, and commercial and enterprise deals, according to Wood. He stated that he would buy the stock at present levels.

Kash Rangan, a Goldman Sachs analyst, raised his price objective to $340 from $300 and reaffirmed his buy recommendation on the stock. In a research note, Rangan said the business delivered “solid” Q2 results, with outperformance across key measures.

Snowflake continues to execute effectively with momentum in big business and a “best in class” net revenue retention rate of 169 percent, according to Rangan, with another “steady” 7 percent product-revenue beat. Because of its scalable and elastic cloud-native architecture, the analyst believes Snowflake is well-positioned to replace existing data warehousing systems.

Following yesterday night’s results, Deutsche Bank analyst Patrick Colville upped the firm’s price objective on Snowflake to $320 from $265 and maintained a buy recommendation on the stock.

Snowflake’s ability to expand residual performance obligations by triple digits is “quite amazing,” according to the analyst, who believes that strong demand trends and more favorable duration comparisons would likely accelerate RPO growth from here.

Snowflake had its largest intraday drop since March last Friday after Cleveland Research reported that registrations growth slowed from the first quarter, while consumption growth was likely equivalent, at most, to first-quarter levels.

Analysts responded negatively to Snowflake’s long-term projection of 10% operating margin and 30% product-sales growth in June, causing the stock to drop.