SOFT BANK TO INVEST $ 250 MILLION IN ZETA; THE FINTECH START-UP

Starting from invisible payments to block chain to big data ; fintech has underlined its importance in today’s era.

Softbank is in the news with another major investment under its portfolio. This time it is fintech. The growing usage of electronic modes in every segment has led to a tremendous rise in fintech, health tech & ed-tech domains. The market has the highest scope to cater to the untapped population at large; therefore a lot of companies are looking forward to funding.

On Thursday; one such fintech start up Zeta is in talks to raise $ 250 million from a major venture capitalist. Let’s get inside to know more.

The company was founded in the year 2015 by Bhavin Turakhia & Ramki Gaddipati. Both the founders have successfully set up its third start-up.

The major services they provide are API based banking platform for the complete issuance of debit & credit cards and certain retail & corporate products. The company has tried to make payments invisible and seamless. The focus is to built a stack in order to establish smooth processing in the area of payments.

The products offered are:

The major features features of the platform are:

The company has RBL Bank, IDFC First Bank and Kotak Mahindra Bank as its clients. It also caters to 14000 corporates across the nation. The company is reportedly a part of group led by Paytm in a motive to set up a New Umbrella Entity (NUE) to build a national payments infrastructure company. 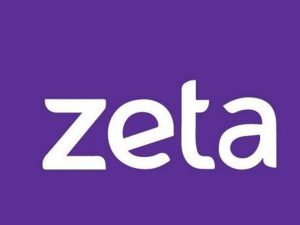 The company is in fast talks with Softbank Vision Fund for raising funds. The amount to be raised is around $ 250 million. This will make the start-up achieve the much-coveted unicorn status.

The round of funding this time is series D while the series C contributed to $ 300 million. The company has its major clients in Asian & Latin American markets. If the deal stands finalized; the company would join the other companies in the unicorn list like CRED, Groww, Sharechat and Meesho.

The country’s fintech has been the most dynamic segment. With a total of 2100 fintech startups; almost 67% were set up in the time span of 5 years. Many  companies are expected to reach three times their valuation and market would reach by US $ 150-160 billion by 2025.These figures are achievable only when companies like Zeta take the front stage to perform best in their respective service premises.