Initially standing at $40 billion, the deal was formally signed in September, 2020. It included a formative agreement defining that Arm Limited would be acquired by Nvidia from SoftBank Group Corp and SoftBank Vision Fund.

According to the founder and CEO of Nvidia, Jensen Huang, such a deal was made keeping in mind the increasing popularity and force of AI into the present computing force. A hope of a new generation of computing systems was shared among the makers of the deal. 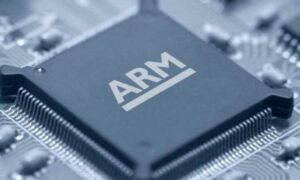 The British semiconductor and software design specialising company, Arm Limited was acquired by Japanese telecommunications company, SoftBank in 2018. The technology used by Arm is considered one of the most advanced and widespread in the world. It is popularly used in significant smartphone processors such as that of Apple’s iPhone.

Due to the uncontested popularity of both Arm Ltd. and Nvidia, various companies in the semiconductor and technology were against its partnership due to the threat it posed to them. The same year, The U.S. Federal Trade Commission sued to block the financial deal on the grounds of antitrust.

In 2021, British and EU authorities expressed concerns towards an anticipated inflation and price disparity.

This was followed by a delay in approval from Chinese anti-monopoly regulators, additionally blocking a heads up towards cross-border chip partnerships.

The collapse of the deal between SoftBank and Nvidia is most likely to affect the joint venture between Arm’s and China. Along with a legal dispute between the British Firm and China, it would affect the CEO of the venture, Allen Wu.

Softbank, which acquired Arm for $32 billion, announced its IPO ahead of collapse of Arm’s early exit deal from Softbank. The CEO, Masayoshi Son, is presently being seen to slash his stakes in major assets in order to raise cash, in event of IPO.

The first to report on the fall of the $80 billion deal was The Financial Times. Although initially valued at $40 billion, the Softbank-Arm-Nvidia deal rose to be valued at $80 billion with the increase in price of Nvidia’s stocks.

All three organisations, Arm, Softbank and Nvidia are yet to comment, but it is evident that the fall of deal is bound to affect the technological sphere drastically. It has already started with the end of Nvidia entering into a competition with companies such as Intel.