SoftBank reports net loss in Q2, over $3 billion SoftBank Group Corp. sank into red ink for the July-September period, dragged down by losses on its investments in China,

Today SoftBank group corp reported its July-September quarter earnings report with a net loss. The group slipped into the red zone with a loss of up to 395 billion yen (over $3 billion, due to their investment values going in losses heavily in China.

While CEO Masayoshi Son describes SoftBank as a goose laying “golden eggs”, referring to its stakes in startups that go to market, initial public offerings (IPOs) have dropped off and shares in many top assets like online retailer Coupang fell during the quarter. 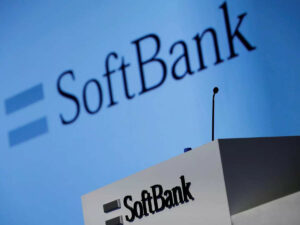 The increment in the quarterly sale is 11 percent from 1.3 billion yen to 1.5 billion yen in the both July-September quarter.

With the down valuations in SoftBank’s China portfolio amid a regulatory crackdown continuing to lower its performance. The group’s largest asset, Chinese e-commerce firm Alibaba, fell by around a third in the three months to September.

SoftBank’s Vision Fund was hit by a 1 trillion yen (USD 9 billion) loss in the July-September quarter, according to its chief executive, Masayoshi Son.

SoftBank founder Masayoshi’s son has revealed a share buyback of up to $8 billion over the next 12 months.

“I firmly believe the current share price presents a big buy opportunity. We will also preserve enough capital for investments,” said the billionaire founder, who owns more than one-third of the company.

SoftBank Group Corp. is a Japanese multinational conglomerate holding company. It is located in Minato, Tokyo. Their main focus is on investment management.
They also run a fund named Vision Fund, the world’s largest technology fund with over $100 billion in the capital.
SoftBank was ranked in the 2017 Forbes Global 2000 list as the 36th largest public company in the world and the second-largest publicly traded company in Japan after Toyota.