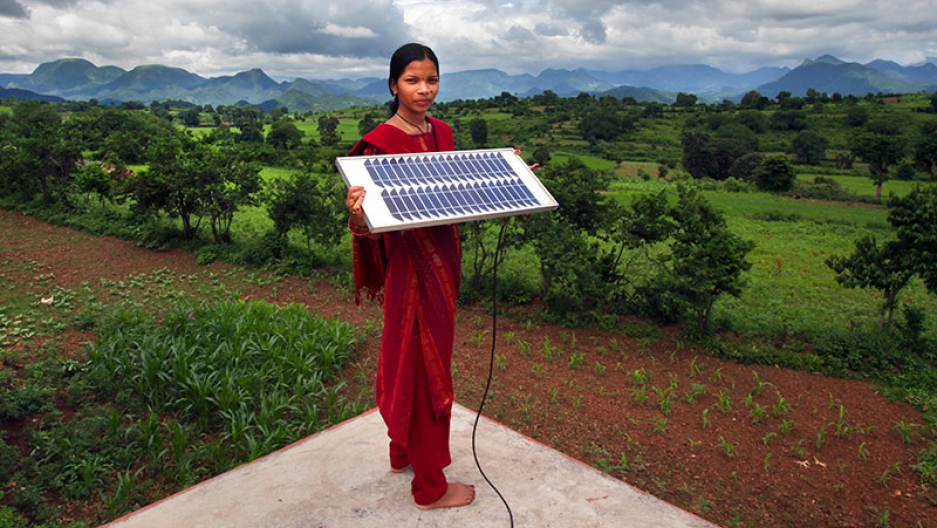 Large number of households (estimated to be about 75 million) in our country have no access to the grid. Generally taking power lines to these villages is pretty expensive. Moreover, many households though connected, get power only for about a few hours a day. The Government of India along with the various state governments is determined to provide affordable and reliable electricity to all its citizens.

The Government can achieve this obligation by wisely chosing the technology that it would use. Decentralised solar power is the best option given that smaller capacity solar power plants can be set up literally anywhere, even on rooftop of the houses. Lets know a little bit about the history of AC and DC power.

DC (Direct Current) and AC (Alternate Current), both were discovered around the same time in the late 19th century and they fought head on in what is known as ‘War of currents’. Ultimately, AC won the battle as AC power could be easily stepped up using a transformer for the purpose of long distance transmission which was not the case with DC power. Subsequently, all transmission lines, building wirings, and equipment such as lights, fans etc were developed for AC current.

Related Read: Here Are The Reasons Why You Should Use Solar Power !

Suppose, you have installed a 1kW solar power plant at your home, it would produce DC current which has to be converted to AC power before being able to be used in our bulbs or fan. If there is excess power, it can be stored only after converting it back to DC in order to charge the battery. Inverter is an expensive component. Also every time, AC is converted to DC and vice versa there is a power loss of 20-30%.

When we are talking about going for solar decentralized power systems, why can’t we have a DC power system which would also have DC gadgets such as DC bulbs, fans, TVs, washing machines, refrigerators, etc. Add to it the energy savings associated with DC appliances, huge gains in efficiency becomes possible.

This efficiency gains translate to lower sized solar panel and smaller battery and therefore cost-savings when compared to a solar-AC system. Such a set-up offers an economical and affordable solution for off-grid/ near off-grid homes (homes with large power-cuts), and could also be useful for grid-connected homes in saving power bills as well as providing backup power.

This was achieved by Solar-DC Inverterless technology, conceptualized by IIT Madras. It is now working with the Ministry of Power, Rural Electricity Corporation Limited (REC), and state power departments to power about 4000 homes each in Rajasthan and Assam using this technology.

For the homes already connected to AC power grid, IITM has innovated UDC (Uninterrupted DC power). This solution enables homes on the power-grid to get a DC line within home along with the existing AC line, with minimal changes to the power transmission system. This DC line which would function even during load-shedding supplies 48V DC even while the existing AC line at home would be cut-off during load shedding.

Thus a new DC micro-grid is created where the DC power is always ON, but its availability is limited. Homes can now use this DC power-line if they choose to. This removes the bottleneck of getting DC power at home and will get people to start getting familiar with DC appliances connected to this DC line. Moreover, the government is planning to promote a wide range of electronic appliances that would run on 48V DC power.

Thus, all Indian citizens can get access to affordable and reliable electricity with decentralized solar power system combined with DC power technology.

Also Read: Solar Cell Printing – The Power Of Sun Now In Your Hands !