Some iPhone 13 order Cancellations, According to Flipkart, are the Result of “anomalies.”

Flipkart responded on Monday by stating that a small number of purchases were cancelled by sellers “due to anomalies” after several iPhone 13 buyers vented on Twitter about their frustration at not receiving their smartphones after placing online buys on the e-commerce platform.

Additionally, some customers expressed dissatisfaction that refunds for purchases made during the ongoing “Big Billion Day” sale were taking longer than expected. A few people also claimed that they had bogus phones, but their assertions could not be verified. 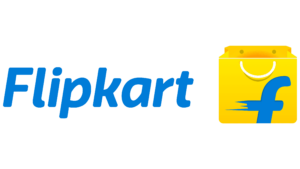 The company claimed in a statement that “a modest proportion of orders (less than 3 per cent of total orders) have been cancelled by vendors due to anomalies”.

Additionally, some customers expressed dissatisfaction that reimbursements for purchases made during the ongoing “Big Billion Day” promotion were taking longer than expected. A few people also claimed that they had bogus phones, but their assertions could not be verified.

A small percentage of orders—less than 3% of all orders—have been cancelled by vendors because of irregularities, the business claimed in a statement.

According to a company representative, “as a customer-focused e-commerce marketplace, we urge sellers to prioritise the customers’ orders and aim to keep them happy with their service.”

According to Flipkart, “the sellers have successfully fulfilled about 70% of all iPhone purchases submitted across cities including Guntur, Gorakhpur, and Siliguri.”

“Booked iPhone 13 during the A Big Billion Day Sale & was excitedly waiting for the arrival,” one affected consumer tweeted. Without giving a reason, the seller/Flipkart cancelled the product.

Another purchaser of an iPhone 13 stated: “This order was despatched yesterday; delivery was scheduled for today. cancelled without my permission at the last minute.

Apart from the recently released iPhone 14 and 14 Pro, there has been a rush to purchase iPhones during the Christmas sales throughout the nation. The iPhone 13 is among the most popular models.

Apple, a global leader in technology, has ceased production of earlier iPhone models, including the 11, 12, Mini, 13, and 13 Pro Max.