Someone sold a clipart worth $1 million for just $0.1 million

Amid all the hype and furor around blue-chip NFT collections like Bored Ape Yacht Club and CryptoPunks, you may have missed what may be the ultimately absurd status symbol in crypto: Etherrock, a collection of 100 cartoon pet rocks based on free clipart that have sold for millions of dollars.

Twitter user @dino_dealer (aka Rock Dust) once held EtherRock #44, and planned to sell it for 444 ETH. At today’s price, that’s over $1 million. The idea wasn’t crazy: multiple other ‘worthless’ images within the same collection sold for well over $500,000 last August. However, Dust accidentally fat-fingered its listing, putting it up for 444 Wei rather, instead of ETH. 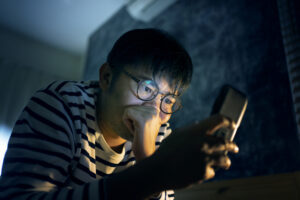 Dust had little chance to reverse the listing either: a trading bot nabbed the free NFT within the same block. Dust said that his entire net worth was placed in the digital rock, and asked those who sniped it to “show mercy”.

This isn’t the first time an NFT holder butchered his own sale: in December, one BAYC holder sold his ape for $3 rather than $300,000. Since crypto transactions are peer to peer and irreversible, such accidents are virtually impossible to remedy.

EtherRock is a four year old NFT project that inexplicably went viral last year and saw its prices skyrocket. The project consists of 100 free clipart images of the same cartoon rock, each featuring a slightly different color, turned into NFTs. In October, a bid was placed on one EtherRock for 900 ETH (then $3.5 million).

Dino Dealer asked in vain about a refund on Etherscan. “Hello ser,” they asked in the comment section. “Can you return the etherrock? I made a huge mistake. Your bot snapped it up in the same block as my transaction so I never had a chance. I hope you can find it in your heart to show mercy, please?” Dino Dealer was quickly assailed by scammers offering a “refund” if he called their WhatsApp number or sent them an email.

Motherboard sent a request for comment to the owner of the address that sold the EtherRock NFT via the Etherscan chat function, but did not receive a response.

Bot sniping has become rampant in NFT marketplaces over the past year―to the point that websites offer bots to help you beat others that may be a millisecond faster. One listing on gig work platform UpWork, to take one example, claims to offer an NFT sniping bot in various tiers for thousands of dollars so you can get a “competitive edge” if you’re “tired of being LAST” when trying to buy NFTs.