SPAC Gores Guggenheim prices $750 million IPO merging with Polestar The Polestar IPO is the newest opportunity in the EV market. The company is going public via a SPAC deal with Gores Guggenheim.

Swedish electric-car maker Polestar said on Monday it will go public by merging with a U.S.-listed blank-check firm backed by billionaire Alec Gores and investment bank Guggenheim Partners at an enterprise value of $20 billion 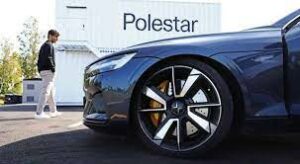 On Sept. 27, Polestar struck a SPAC merger deal with Gores Guggenheim. Post-merger, the combined company will be named Polestar Automotive Holding UK Limited, and it will trade under the ticker symbol PSNY on the Nasdaq.

The Polestar deal will be supported by cash proceeds of around $800 million from Gores Guggenheim, assuming no share redemptions by public stockholders of the blank-check firm. The deal also includes a PIPE, or private investment in public equity, of $250 million from top-tier institutional investors.

Polestar uses the manufacturing capacities of Volvo Cars. As recently announced, the Polestar 3 will be built at the Volvo Cars plant in Ridgeville in the US state of South Carolina. By the middle of the decade, the production of future Polestar models will also take place in Europe.

The company offers a hybrid performance car called Polestar 1 and a fully electric Polestar 2. These are currently on roads across Europe, Asia, and North America.

Polestar expects to sell around 290,000 vehicles a year by 2025, up from 10,000 vehicles globally last year. Management predicts revenue of $1.6 billion this year and thinks it can double that in 2022. It also plans to launch three new vehicle models by 2024.

Post-merger, the combined company will be named Polestar Automotive Holding UK Ltd. and will trade under the symbol “PSNY” on the Nasdaq.

After soaring more than 13% in pre-market trading, GGPI shares remain solidly positive. We’re almost 3 hours into the trading day, but shares are not showing signs of slowing down. It surging more than 30 per cent in that 5 days.

Founded in 2017, Polestar stands out for making high-quality, innovative cars with a sustainable focus. The company has developed two award-winning electric vehicles.

A Closer Look at GGPI Stock

Gores Guggenheim went public with its initial public offering (IPO) in March. Prior to merger deal announcements, SPAC stocks tend to stay close to $10 a share. However, GGPI stock drifted down to $9.70 by July 1. But the next week, there was an announcement of a potential merger target, Swedish electric vehicle maker Polestar.